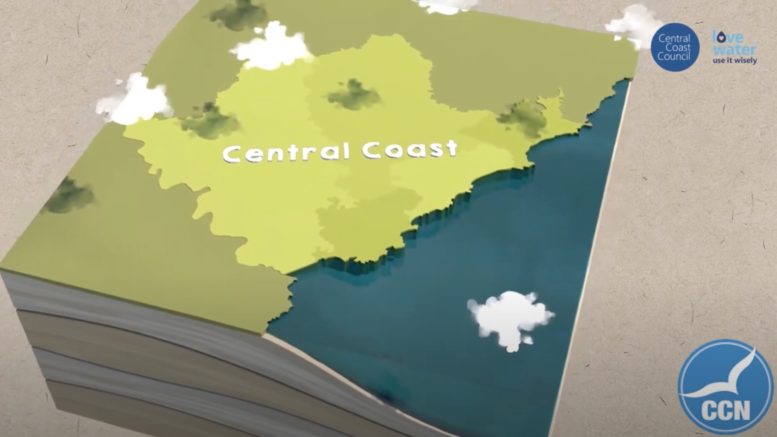 Central Coast Council’s water and sewerage business is expecting a loss of $11M this financial year.

The figure was revealed when Administrator, Rik Hart, approved Council’s submission to the Independent Pricing and Regulatory Tribunal (IPART) for a substantial rise in water rates.

Council faced criticism from a registered public forum speaker for not making public the size of the increase Council was hoping to get.

Council said it was inappropriate as IPART would make the decision and so far, the increase was only an aspiration.

The Council had 10 accompanying documents, which remained confidential, when Hart approved the submission process at an extraordinary meeting on Tuesday, September 7.

Council said the process meant that the documents would become public only after IPART published them on its website.

The public speaker, resident Kevin Brooks, said he was disappointed the public was not being told the actual percentage increase in water prices that Council was proposing.

“It is clear that the price hike will be well in excess of underlying inflation, and I can see no reason why Council can’t be transparent at this time about the precise percentage increase it is proposing,” Brooks said.

He also criticised Council for ignoring public sentiment expressed in a survey about the water and sewer business.

“Survey respondents were asked to suggest up to three different things that they want Central Coast Council to focus on and improve,” he said, quoting the survey that Council had commissioned.

“The two highest scores by a country mile …. were 36 per cent [said] lowering the cost/keeping water prices reasonable and 34 per cent [said] water quality, in particular tackling dirty brown water.”

Brooks said no other issues came close to those two.

“Yet, the Council’s four-page summary of the consultation does not include one single reference to the community preference for lower prices,” he said.

He asked how a summary of the consultation could not include the clear winners from the survey.

“In pushing for a water rate hike well in excess of underlying inflation, Council seems intent on ignoring this feedback,” he said.

Brooks suggested an increase in the cost of wages was the real reason Council wanted the water price rise.

However, CEO David Farmer had a graph ready to show after Brooks finished speaking.

The graph showed that wages had come down in 2021.

Farmer said it was close to a 25 per cent reduction in total staff costs and the postulation that productivity and staffing costs had not come down was clearly false.

Director of Water and Sewer, Jamie Loader, gave a presentation showing the expected loss of 11M in this current financial year.

Loader said the revenue levels were unsustainable and that while the business had delivered 98 per cent of its proposed capital works in 2021, including the Mardi to Warnervale pipeline, the maintenance backlog was growing as staff worked on reactive repairs instead of maintenance.

He said Council was seeking a price increase consistent with those prices in 2018 in real terms, however, the outcome could be very different to the submission.

Hart asked questions including whether the community, when appraised of all the issues during a forum, was supportive of increases.

Loader said yes, there had been agreement from the community that there needed to be investment for dirty water and environmental issues.

Hart said the new monthly financial reports that had come to a recent Council meeting had shown the water and sewer lost $3M in July.

“The other half of the business actually picks up that loss and that is not sustainable,” he said.

In 2019, the IPART decision saw Council drop revenue from water and sewer and drainage rates by $39M.

Council’s submission is due to IPART by September 10.

The next steps before a decision is made include public consultation.

A final decision is expected in May next year with new prices from July 1, 2021.