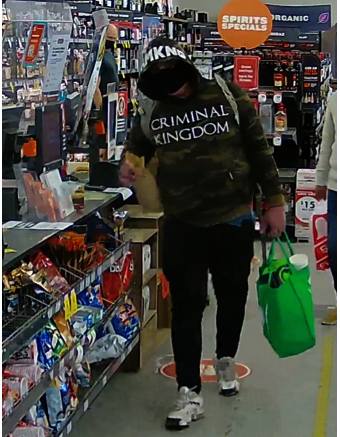 Brisbane Water Police have released a CCTV image of a man they wish to speak to in relation to theft and fraud committed last month.

On the afternoon of Thursday, August 5, a victim realised he did not have his bank card after using an ATM in West St, Umina Beach.

He failed to locate his card, subsequently reporting the matter to his bank where he was advised that the card had been used at a number of locations in the Umina Beach and Woy Woy business areas.

Following investigations, police from Brisbane Water Police District have obtained an image of a person who they believe may be able to assist with their enquiries.

Although wearing a mask the person of interest is believed to be a male and is seen to be wearing distinctive clothing.