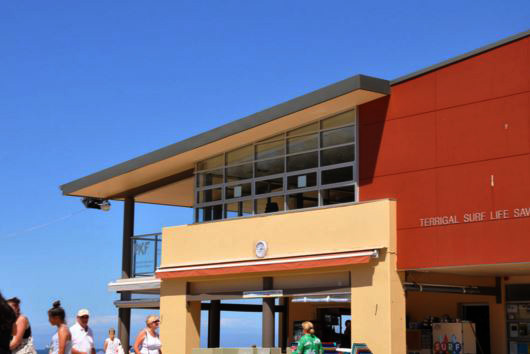 An application for renovations and extensions to Terrigal Surf Club went to the Local Planning Panel (LPP) for a decision this week.

The Panel met on Thursday, September 23, with a report from Central Coast Council recommending approval for the proposal, which attracted fewer than 10 submissions when exhibited.

The small number of submissions means the Panel meeting did not have to be open to public speakers.

One submission said the extension would push the development onto an adjoining lot and Terrigal foreshore.

Another complained it was a form of privatisation of the beach while others were concerned about the loss of views.

The $1.2M renovations include an enlarged cafe seating area enclosed on the ground floor and extensions upstairs to provide a new training room, gym and storage and a new deck on north-eastern side and the north-western side over the ground-level café and seating area.

Existing trees beside the surf club which are identified as significant will be pruned back but an Arboricultural Impact Report identifies the pruning and tree protection measures to be implemented.

The report to the planning panel says the arborist identified that the works will have a low to moderate level of encroachment on the Tree Protection Zone which will not have any impact on the long- term health or landscape/heritage value of the trees.

The same report says submissions on behalf of or from owners of developments on the opposite side of Terrigal Esplanade raised the issue of view loss due to the additional height on the ends of the existing building.

The Council response in part said: “Views around the ends of the surf club will be retained, albeit interrupted by the existing trees which form part of the viewing quality in this location.”

One submission complained that the proposal would lead to privatisation of Terrigal Beach.

The Council report responded: “Surf life saving clubs should be located on or close to the beach as far as possible in order to fulfil their function in supporting the activities of the club.”

It said the land remained Crown land and the building was owned by the Council.

“It is a public facility and asset which encourages tourism and the public to the beach and adjoining shops,” Council said.

“It is an essential public safety facility.”

Another submission noted that the proposal did not appear to be wholly located within the Crown lease area.

Council agreed that the proposed additions extended onto the adjoining lot 1 which was Crown land and part of the Terrigal Foreshore area.

It did not give details of how much land was involved.

“Council’s recreational and property section have no objections to the proposal,” Council said.

“The Crown Lands Office has granted consent to the lodgement of the application.

“A condition of consent will require the amendment of the current lease or a new lease prior to the issue of a Construction Certificate.”

The panel decision should be known early next week.