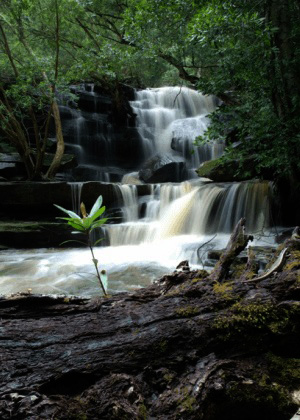 Brisbane Water National Park is one of 110 across the state which will contain sites declared Assets of Intergenerational Significance (AIS) in a move to protect some of the country’s threatened species.

Koalas, rock wallabies and the Nightcap Oak are some of the iconic species set to be protected under an historic National Parks plan to declare 221 sites as AIS and set a target of zero extinctions of species on the NSW National Park estate.

Environment Minister Matt Kean said the National Parks and Wildlife Service (NPWS) Threatened Species Framework was about protecting and improving the health of our threatened and iconic species for future generations.

“Australia has the worst mammal extinction rate in the world,” Kean said.

“Globally, one million species face extinction over the coming decades and, as international biodiversity negotiations continue, everyone needs to aim high.

“Just as we have a net zero emissions target, we now also have a target of zero extinctions of species on our National Park estate, and are aiming to improve and stabilize the status of threatened species.”

“But our plan isn’t just about targets – it’s also about action and that’s why I am making declarations for 221 sites to protect 92 endangered and iconic species.

“We legislated the AIS provisions following the NSW Bushfire Inquiry, which highlighted the need to protect our most important ecological and cultural assets.”

The new AIS have been identified as home to species at risk from feral animals, bushfire and climate change, and follow the first AIS declaration earlier this year to protect the ancient Wollemi Pines.

The World Wide Fund for Nature-Australia (WWF) has welcomed the announcement.

She urged the government to go further.

“Urban areas can be hotspots for biodiversity including some of our most iconic threatened species.

“For example, there are important koala populations surviving in Sydney outside protected areas.

“Farmers who conserve high conservation value forests and woodland should be supported through a major boost in incentives by the NSW Government’s Biodiversity Conservation Trust.”

“With global negotiations underway to secure 30 per cent land and seascape protection, NSW could play a key role in helping Australia meet those targets through the expansion of their national park footprint, which is especially important after the bushfires,” she said.

“Only 9 per cent of NSW is within protected areas.

“WWF urges the NSW Government to extend protection to these critical wildlife refuges as a priority intervention to prevent further species extinctions.”