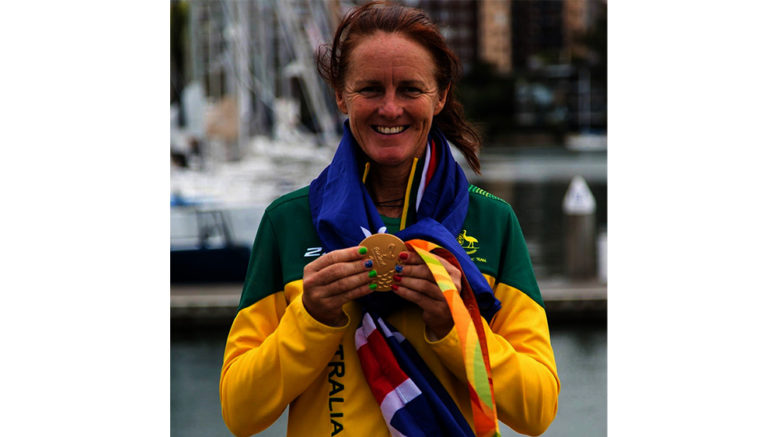 Prime Minister Scott Morrison announced in Federal Parliament on September 2 that Paralympic medallists would receive $20,000 for every gold medal at the Tokyo Games, $15,000 for every silver and $10,000 for each bronze.

As a long-time Paralympian who competed in the Paralympics between the 1992 Barcelona Games and the 2016 Rio Games, Tesch said the move was a long time coming.

“I would firstly like to congratulate all of our amazingly talented Paralympians who have dominated the medals table at the Tokyo 2020 Paralympics and have inspired as well as uplifted millions of Aussies during a difficult period in lockdown,” she said.

“As someone who has competed in these Games, it is wonderful to see Paralympic athletes receive the same respect and recognition as Olympians.

“The struggles that we all have to overcome to compete at this level should never be disregarded.”

Tesch said momentum to give Paralympians equal financial reward had built up prior to Morrison’s announcement, resulting in members of the public establishing GoFundMe pages for the Tokyo 2020 Paralympics.

The Australian Paralympic team placed eighth in the world, with a tally of 80 medals – 21 gold, 29 silver and 30 bronze.

Tesch said the introduction of medal bonuses for Paralympians is a new level of motivation, further enabling them to continue to thrive and represent Australia proudly in future games.

“Paralympians sacrifice so much and work so hard to train and compete internationally,” she said.

“With this support, Paralympics Australia can sustain and allow our home-grown Aussie talent to do us proud on the world stage.

“Reflecting on my time as a Paralympic competitor, I knew so many who truly gave it their all to represent Australia and who did it with or without the medal bonuses.

“It is not so much about the money as it is about our Government saying we appreciate you, we respect you and we want you to continue to show Australians and the world that no matter what obstacle we face in life, we can overcome it and achieve incredible things, both on and off the sporting field.

“This sends a powerful message to the community, and especially to young people who hope to compete in future Paralympics.”

Tesch won the following medals in basketball: a silver medal at the 2000 Sydney Paralympics; a silver in Athens in 2004; and a bronze in 2008 in Beijing.