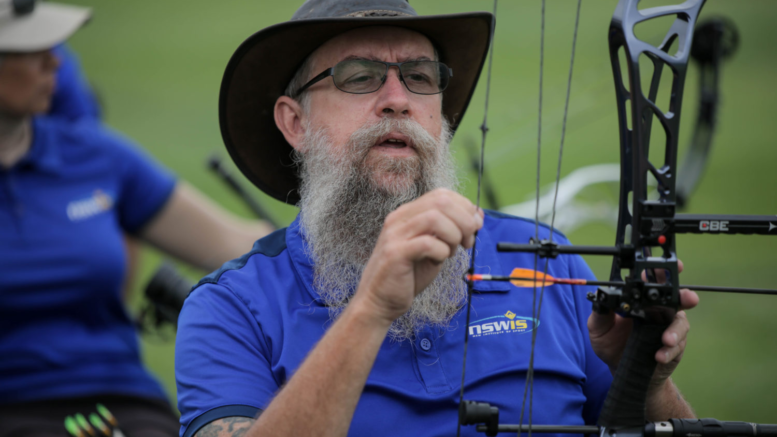 The Tokyo Games have been concluded for Wallarah resident, Peter Marchant, after reaching up to the final 36 competitors in the Men’s Individual Compound – Open archery event.

Both the ups and downs of Olympic level competition were experienced by Marchant all in one day, on Saturday August 28.

The 60-year-old Australian, and oldest member of his national camp, first came up against Eric Pereira of France in the 1/32 Elimination Round, who was also the oldest member of the French contingent.

It was a chance at payback for Marchant, who had been knocked out of the 2019 World Championships in the Netherlands by Pereira.

Pereira led by 26-25 throughout the first three out of five ends.

The lead was then taken by Marchant but only by the same one point, now 54-53.

By the completion of the fourth end, Marchant extended his slender lead to 110-108.

He was then able to hold on to this slight advantage throughout the final end, finishing two ahead of Pereira for a final score of 138-136.

“It was good to beat Eric this time round,” said Marchant, who then progressed onto the 1/16 Elimination Round against Iran’s Ramezan Biabani.

Biabani was too strong for Marchant, taking the match by another close margin of 141-139.

Marchant’s strong start held him in front throughout the first two ends, by the same slight point lead of two points as in his previous contest.

Yet the late comeuppance from the Iranian rattled Marchant just enough to see his scoring waver in the third end.

Here, Biabani took the lead and held on to win.

Despite Marchant scoring three high scores of 29 on his first, second and fourth end, and Biabani only reaching this score once, the Iranian’s consistent scoring of 28 in his other four ends was enough to ensure him victory.

“This is the biggest competition I have ever been part of, so it’s been a good learning experience for me,” concluded Marchant.