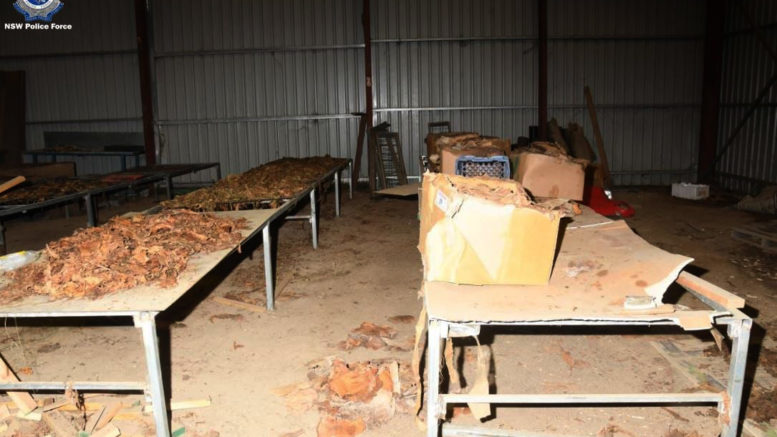 A man will face court next month after police seized more than $3M worth of tobacco at Peats Ridge earlier this year.

In March, police received information that a tobacco crop was being grown on a property off Euloo Rd.

Strike Force Morgan, comprising detectives attached to Brisbane Water Police District, was established and a search warrant was executed at the premises on Monday, April 13.

Officers allegedly located a large tobacco crop over 13 hectares in size and valued at more than $3M, along with three kilns and an amount of cash.

Ten people working at the property were arrested at the time.

Attempts to serve the prepared notice on a 53-year-old man were unsuccessful, and inquiries revealed he had left the country.

On September 2, investigators identified the man was currently staying in hotel quarantine.

He was issued the CAN and is due to appear in Parramatta Local Court on Friday, October 1.