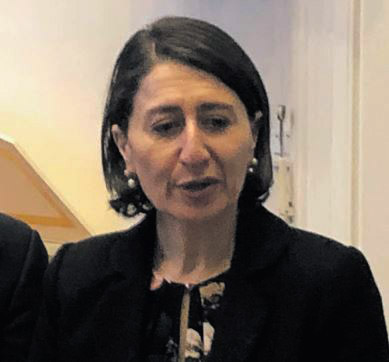 It is disgraceful that Premier Berejiklian has decided to discontinue daily briefings on the COVID outbreak, just as the epidemic is reaching its peak and authoritative information is most needed.

It is ludicrous to argue that she cannot spare one hour out of her working day to deal with the most crucial issue of her premiership.

It appears far more probable that she just wants to duck the responsibility of announcing more bad news each morning.

Let us recall that Andrews managed to find time for a daily conference when the Victorian spread was greatest, and the figures there never came close to what we are seeing in NSW, making it even more important that we New South Welshmen are kept informed.

Since the Parliament hasn’t met for weeks now, she doesn’t have to appear in the House, so the idea that her time is so constrained is completely fatuous.

The innocuous questions put by the press corps are the only inquiries that are made about the current strategy, and they can be brushed aside with a few platitudes about vaccination and a recitation by the Chief Health Officer of the daily statistics.

We need not just a bullets-point presentation by the Premier but a serious question-and-answer session in which the mistakes made can be canvassed and the remedies being explored can be properly explained.

My understanding is that the briefings are to be replaced by a daily video report prepared by the Health Department.

I, for one, have no idea how to access such a report and I suspect that many others will be in the same boat, which will only lead to higher levels of anxiety and the increased spread of misinformation.

For instance, the front page of Pelican Post 026 announced that outdoor gatherings of five people will be permitted from September 13, but I have been told by other sources that this is not true.

We don’t need this kind of confusion in the Central Coast community, when it is essential that we all follow the same advice and act in concert.

It would be appropriate for CCN to publish an editorial in each of its editions, giving an exact summary of the COVID position in the region and of the restrictions and exemptions that apply: given the uselessness of the Council, we rely on CCN for this kind of briefing, and it is obvious that nobody else is going to provide it.

Tools down! New restrictions will have wide-ranging impact

Lifeline is there for everyone 24/7

A triumph of optimism over reality

2 Comments on "Leader must face questions as Delta peaks"