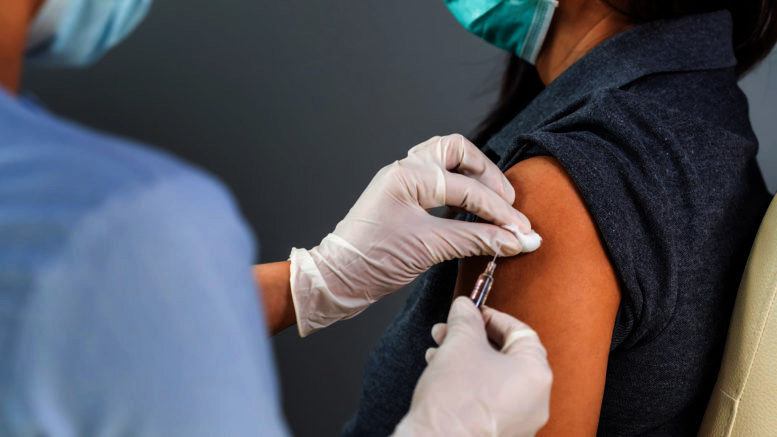 While AstraZeneca appointments are freely available, booking a Pfizer jab on the Central Coast is still almost impossible, despite assurances from Member for Robertson, Lucy Wicks, that more vaccines are headed to the region.

Many Coast residents who have been medically advised against AstraZeneca are being forced to travel to Sydney vaccination hubs for a Pfizer vaccination, with GP’s still awaiting confirmation of supplies and many advising patients they will probably not be available for dispensing before October.

Statistics released by NSW Health show most suburbs in the region have a double vaccination rate of just 39 per cent.

Shadow Minister for the Central Coast, David Harris, said Coast residents would find it hard to take advantage of the loosened restrictions from September 13 as they sit on Pfizer waiting lists.

“Central Coast residents have been in lockdown for 10 weeks putting up with multiple rule changes, having their vaccine appointments cancelled, forced to travel out of the area to access vaccines and now (will) potentially be penalised because there is not enough access to Pfizer – it’s just not on,” Harris said.

With a staggered return to face-to-face learning from late October, there are growing concerns that children and young people will not be able to be vaccinated in time.

Year 12 students are already able to return in a limited way and this will continue for the remainder of Term 3.

From October 25, Year 12 will have full time access to school campuses and their teachers.

Member for The Entrance, David Mehan, said many parents were contacting his office.

“(They are) concerned that there is no vaccine available for their children to safely return to school or for protection in their workplace,” he said.

“Frustrations are also mounting just to try and book a vaccine appointment for children on the Coast which is becoming unacceptable.”

Member for Gosford, Liesl Tesch, said it was not just schoolchildren who were being impacted, but also young people who are on the front line in the retail and hospitality industry.

“Young Coasties should not be forced to travel to Homebush or the Northern Beaches to access the vaccination,” she said.

Older people with medical reasons for requiring a Pfizer vaccination are also frustrated.

Resident Rose Aloisio, an 89 year-old fighting a battle with leukaemia, has been unable to secure an appointment and eventually had an AstraZeneca vaccination.

“When you are at my age and live on your own and are constantly going to many doctors you are already getting frightened at the thought of being alone in hospital,” she said.

“COVID has only added to this fear.

“I have stayed home for months and not left my house, but I could not wait anymore so I had to get AstraZeneca.

“I want to make it clear that someone needs to wake up and think about the elderly – we are struggling too.”

Tesch said the failure of an appropriate vaccine rollout had left many in the community struggling, regardless of age, and that school staff and early childcare workers were also being forced to travel to-and-from The Qudos Bank Arena in Sydney Olympic Park to be provided priority vaccinations.

“Under the NSW Government’s return to school rollout, school staff are required to be vaccinated by November 8,” she said.

“Many school staff are already frustrated with the lack of access to the vaccine and fear being unable to work as the supply of Pfizer vaccines continues to struggle with the demand.”

Tesch has called for an alternative site on the Central Coast for teaching staff to get vaccinated.

Parliamentary Secretary for the Central Coast, Adam Crouch, said it was not fair to tell students under the age of 18, pregnant or breastfeeding women, and people with medical contraindications to only get vaccinated with Pfizer, when there are almost no Pfizer vaccines available on the Coast.

“The Premier has been promised by the Federal Government that more Pfizer vaccines will be coming in mid-September,” he said.

“Unfortunately, she has not been advised how many are coming or exactly when they are coming.”

Pharmacists can now vaccinate children from 10 years of age