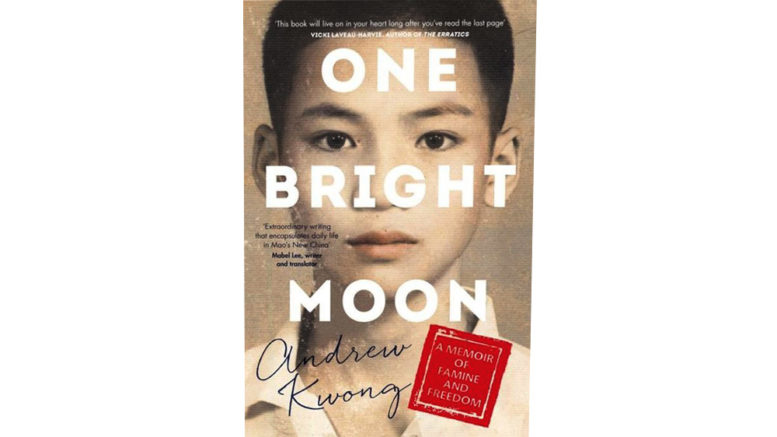 Patients of Wyoming-based doctor Andrew Kwong might be surprised to know he is also an award-winning author.

Kwong, of Wamberal, has won the 2021 National Biography Award for a debut work for his memoir, One Bright Moon.

The award was announced recently by the State Library of NSW, along with overall winner, Truganini by Cassandra Pybus.

One Bright moon focuses on the rise of communism in China as Kwong outlines his own family’s journey when Chinese life was overrun by corruption, thievery, lynching and victimisation in the early years of the rule of Mao Zedong.

Kwong was born in Zhongshan in the Pearl River Delta.

In Mao’s new China, he began life as an enthusiastic revolutionary memorising the communist chants and songs.

But his beloved parents were intellectuals and teachers, and this marked them as traitors.

After witnessing his first execution at the age of seven and seeing his father arrested and put on trial, Kwong was the first in his family to escape the famine and persecution which followed, smuggled into Hong Kong in the bottom of a boat.

“I suppose I was one of the earliest boat people,” he said.

“I count myself very lucky.

“I started learning English in Hong Kong at the age of 13 and at 19 I came to Australia.”

Kwong thought the story should be recorded for his children.

“Now I have grandchildren it is even more important,” he said.

After thinking about it for many years, Kwong actually took around four years to write the memoir, spending some time in the Blue Mountains where he found inspiration.

“It was important to me to make the book readable and interesting.

“I am delighted that my memoir has won the National Biography Award for a debut work.

“Having been a part of the Central Coast for the past 42 years, I am excited to share this news with the community which has adopted me for all these years.

“I am very honoured by the award and at the same time full of humility.

State Librarian, John Vallance, said the ancient curiosity about other people’s lives and their importance is as strong today as ever.

“So much of what we understand of the world, we grasp through the ways others have lived,” he said.

While it was important to Kwong to document his experiences, he prefers not to dwell on the past.

“As a GP, I look forward rather than remembering the hard times,” he said.

“That’s what my mother always said to do.”

One Bright Moon is published by HarperCollins and was featured in a CCN Book Review late last year (see our website).