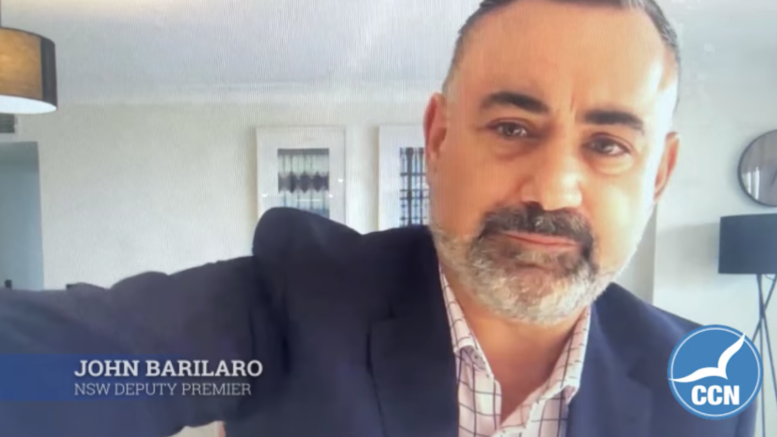 This week one of our CCN journalists gained reluctant media attention around the nation and internationally for her frustration during an online media conference with the Deputy Premier.

The general public’s loss of faith in politicians has a great deal to do with the level of spin, buck-passing and obfuscation most of them, no matter what their stripes, employ when answering questions from journalists.

Having worked as a journalist for 34 years I have witnessed a steady decline in the accountability of our elected representatives.

I recall a time when I could call a Senator’s parliamentary office in Canberra and the Senator would sometimes answer the phone … and then answer my questions.

If they didn’t know the answer they would get back to me or ask their staff to get back to me – no backgrounding, no off the record, no talking points, no avoidance and no spin.

How times have changed.

Journalists are now often expected to put their questions in writing and submit them to the relevant politician via staff.

If they get an answer, it will be manufactured and manicured and may be completely irrelevant to the initial request.

Of course, we are a ‘community news’ organisation so we work closely with local MPs of all political persuasions and they generally make themselves accessible and provide timely and accurate information.

That’s not necessarily the case for ministers and shadows – the executive leadership levels of politics.

At executive level live press conferences are refreshing and are one of the last remaining bastions of real journalism.

Bloopers have also always been part of live media conferences and on Tuesday, September 14, my colleague, Skaie Hull, expressed her frustrations about questions being avoided in a zoom press conference with Deputy Premier John Barilaro, not realising her microphone was unmuted.

The most interesting thing is that 99 per cent of the feedback CCN has received has been supportive of Skaie for saying what most journalists and members of the public have been thinking for months.

The quality of information we – journalists and the public – are getting about the Delta outbreak usually begs more questions than it answers.CCN has, for weeks, had reliable information from multiple sources that COVID-positive patients are being treated in our local public hospitals and transferred to Central Coast hospitals from COVID hot spots.

Finally, after multiple attempts to have this confirmed, the Central Coast Local Health District has confirmed it is treating COVID-positive cases in local hospitals including those from other areas.

Since implying that publishing information about COVID patients in local hospitals would be “scare-mongering” on Tuesday, the Deputy Premier has undertaken to get back to us with the facts about the status of our hospitals, which may explain the LHD statement.

We understand that there is some information that is not in the public interest for the government to release.

The spread of COVID-19 in regional communities is a matter of public interest.

We want to ensure that Central Coast citizens are not afraid to attend our hospitals if they are sick and in need of acute care.

Disclosing all the facts about the role being played by our hospitals in the care of COVID patients would be the best way to keep the public calm and well-informed.

As a community news publisher, our first responsibility is to bring important facts to the attention of our community – our readers and digital audience.

We do this without fear or favour in the belief that independent, factual news is an essential pillar of our democracy.

More generally, when this information is shared, the community not only appreciates the complexity of the problem, they respect the transparency of those dealing with the coalface and begin to trust them.

And we all know, if you create a “void”, the less scrupulous will fill it with misinformation.

If politicians wish to win back the confidence of their constituents a good starting point would be to reform their approach to answering journalist’s questions.

They are, after all, elected and paid by the public to represent the public’s best interests and have a duty of care in doing so.

2 Comments on "Just answer the question – the need for transparency"