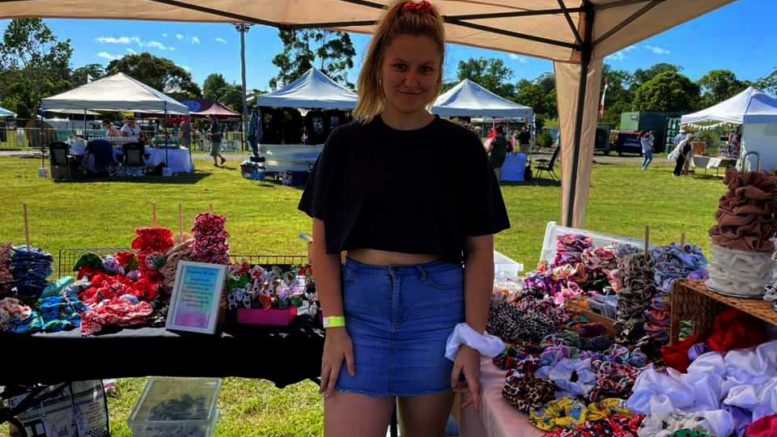 A ‘scrunchies’ campaign to raise money for the Dementia Australia Research Foundation through the virtual My Walk & Jog challenge has been championed by Member for Gosford, Liesl Tesch.

The campaign was launched by Coast resident Hannah Higgins, creator of Scrunchies by Hann, in recognition of Dementia Action Week.

Higgins said her main motivator was her 63-year-old dad, who has early onset dementia.

“We found out at the start of last year that he had early onset dementia and within the space of a year he declined rapidly,” she said.

“My dad used to play footy for the Roosters and worked as a disability support worker where on one occasion he suffered a head injury.

“That incident, along with his football career, is where experts believe his dementia may have originated from.

“What people do not realise is that dementia has the second leading mortality rate in Australia and is something we should always think about.

“My goal is to try and stop what happened to us ever happening to another family.”

Tesch said Higgins’ story was one of resilience, strength and heartbreak.

“Dementia is a very cruel disease that hurts not only the individual but also their family and loved ones,” she said.

“I have heard the journey Hannah has been on and the journey of her business to, in her own words, ‘keep her sane’.

“Scrunchies by Hann is something beautiful that originated through some very tough times and her new Scrunchies for Dementia range is an incredible and personal initiative (to) spread awareness about dementia.”

Hannah’s Scrunchies for Dementia cost $20 for a pack of four, or $6 for one and say, “I will remember for you”.

“The scrunchies say ‘I will remember for you’ because that is always what I say to my dad,” Higgins said.

“The empire I have built was never made for the awards or the success.

“I feel like now I have a platform and I am trying to do something with this to change the future of dementia.

“We have kind of created a little community who have been impacted by dementia and it is something that I am very proud of.”

Higgins said the COVID-19 lockdowns had been difficult for her family.

“It’s been very hard; it has been four months and to be honest Facetime just is not the same,” she said.

“Nothing feels as good or feels the same as your parent’s hug.

“I really miss my dad and I cannot wait to see him.

“I hope at least from afar we can do our bit to spread awareness about dementia.”

Tesch encouraged locals who know someone who has a loved one with dementia to reach out and check on them, especially during lockdown.

To purchase a scrunchie head to: https://scrunchiesbyhann.net.