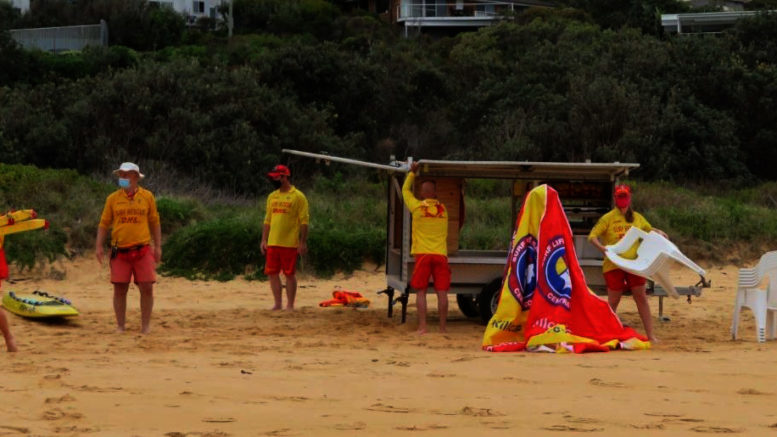 Club president, Craig Sheppard, said it was a terrific start to the season.

“All in all it was a quiet weekend, particularly on Saturday with the road closed due to a burst water main and one of the repair trucks sinking axle deep into a compromised road,” Sheppard said.

“That didn’t stop Garry putting his patrol through their paces with a pretty elaborate scenario involving a sparky falling off a ladder with consequent head injuries and live wires to contend with.

“A great way to dust off the cobwebs!

“It felt so good being able to do something so ‘normal’ at the moment and, no offence, but to hang out and talk face-to-face to people you don’t live with is awesome!”

Sheppard also said members will have access to silver medallion beach management through the branch but physical training will also start soon.

The new bronze course is expected to start on October 17.

Bouddi Arts Trail to be held on long weekend