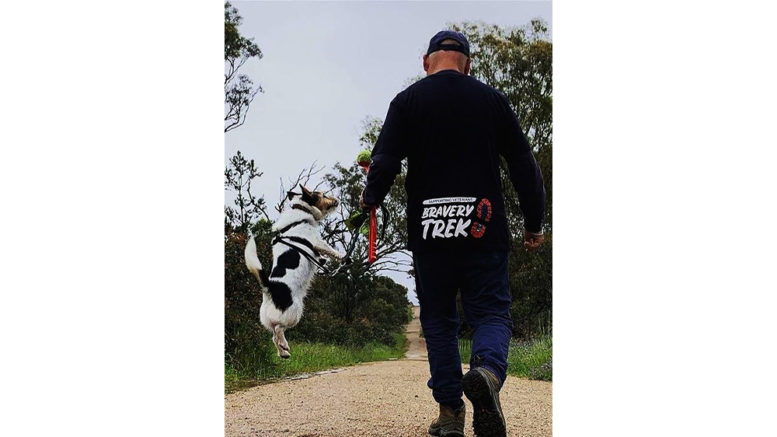 A virtual trek will be held from October 16 to December 4 to support veterans facing financial hardship as well as encouraging families in lockdown to get outside and be active.

Held by national military charity Bravery Trust, Bravery Trek will commemorate the service and sacrifice of members of the Royal Australian Air Force in its centenary year with 2021’s theme being 100km for 100 years of Air Force.

Bravery Trust CEO, Belinda Wilson, said fundraising was important and they relied on donations to meet the growing needs of their services.

“Bravery Trek achieves so much more than that, it helps us spread the word about our services, to reach out to veterans needing help, and to raise awareness amongst those who may be in a position to refer us to someone in need.

One recipient of aid from Bravery Trust is local resident Henry (name changed for privacy), who served in the Navy for six years working on missions such as Operation Resolute in 2012.

He was medically discharged in 2016 after sustaining both physical and mental injuries.

His wife was receiving Job Seeker, but this ceased following the birth of their twins late last year and the loss of income made it hard to meet their regular outgoing costs so they have been borrowing money from family and friends to cover essential bills.

The precarious financial situation is due in part to Henry waiting for an assessment to receive additional government funding.

Bravery Trust has been able to assist with reducing the backlog of debt and through financial counselling.

They have helped set up a monthly payment plan that will keep Henry in a sustainable financial situation until his assessment for support is completed.

Henry said that the assistance he received from Bravery Trust meant the world to his family.

“We thought we would end up having our utilities cut off.

“I didn’t see any other solution until I reached out to Bravery Trust.

“The staff were so helpful and once we had a plan to move forward, our problems seemed so much more manageable,” Henry said.

The Bravery Trek fundraiser is an opportunity to make a real difference in the life of a veteran and every dollar raised from the trek goes directly to veterans in need.

Registrations open on October 1 at braverytrek.com.au

‘Pink up’ your pets for breast cancer awareness