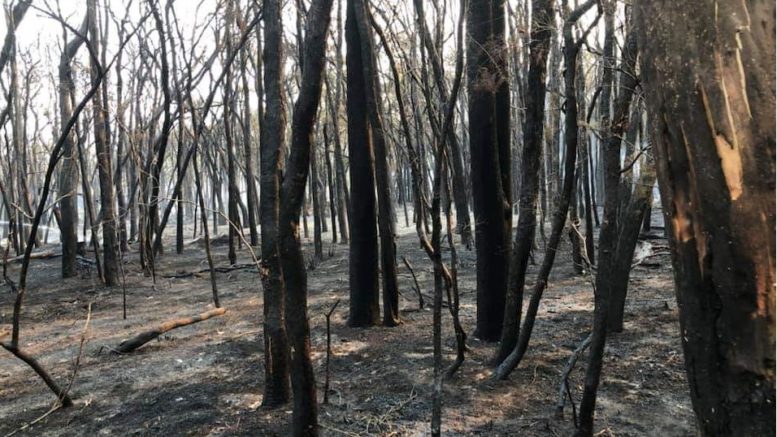 With so much land on the Peninsula classified as bushfire-prone the community may be relieved to learn the outcome of a recent court challenge which makes the NSW Environmental Protection Authority (EPA) responsible for taking action on climate change.

A group called Bushfire Survivors for Climate Action (BSCA) has celebrated a landmark win after the NSW Land and Environment Court ruled that EPA has a duty to take serious action on greenhouse gas emissions and climate change.

It is the first time that an Australian Court has ordered a government to take meaningful action on climate change.

Jo Dodds, BSCA President said, “This is a significant win for everyone who has been affected by bushfires.

“Bushfire survivors have been working for years to rebuild their homes, their lives and their communities.

“This ruling means they can do so with confidence that the EPA must now also work to reduce greenhouse gas emissions in the state,” Dodds said.

“Global warming is creating the conditions that can lead to hotter and fiercer fires, and all of us need to work to make sure we’re doing everything we can to prevent a disaster like we saw during 2019 and 2020.”

With the support of the Environmental Defenders Office (EDO), BSCA sought to compel the NSW EPA to develop policies that measure and regulate greenhouse gasses in the state.

As part of the case, BSCA presented expert scientific evidence from former Australian Chief Scientist, Professor Penny Sackett, on the links between bushfires and climate change.

EDO Director of Legal Strategy Elaine Johnson said the decision was “a major step forward in holding governments to account on climate policy.

“As our lead environmental regulator, the EPA has the power to take immediate action on climate change, for example, by putting a price on carbon, or requiring industry to reduce emissions to safe levels through the licences.  Now, the EPA has been ordered to take action.”