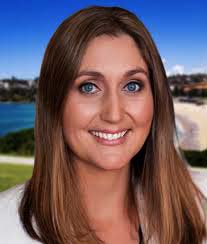 Federal Member for Dobell, Emma McBride, says the Government has finally agreed to review its GP classification system after years of public outcry about the critical lack of doctors on the Central Coast.

“Under the current system, much of the Coast is classified as a non-Distribution Priority Area (DPA) which makes it harder for local practices to recruit and retain GPs,” she said.

“I’ve fought hard to review this system and the Government’s announcement is long overdue.

“I’ve been calling on the Government to address the acute GP shortage on the Coast for a long time now, and this review is a step in the right direction.

“It has left practices short of doctors.

“It is forcing patients to wait weeks for routine appointments and it’s putting even more pressure on emergency departments because people can’t get in to see a GP to get the treatment they need.

“It’s well past time that something was done.”

McBride said it was crucial that the Government acted quickly and conducted the review as soon as possible, in conjunction with the Senate Inquiry that Labor successfully called for.

“The review must be transparent, and GPs must be included in the process because they see first-hand how shortages are affecting people on the Coast.

“In the meantime, the Government has introduced the ‘Exceptional Circumstances’ Application which will allow practices to seek a review into their own DPA status in real time, but more needs to be done.

“The Government must put emergency measures in place in the meantime, to make sure locals have quick and easy access to healthcare in their own communities.

“In the middle of a pandemic, this is vital,” McBride said.

2 Comments on "Doctor review must be quick and transparent"