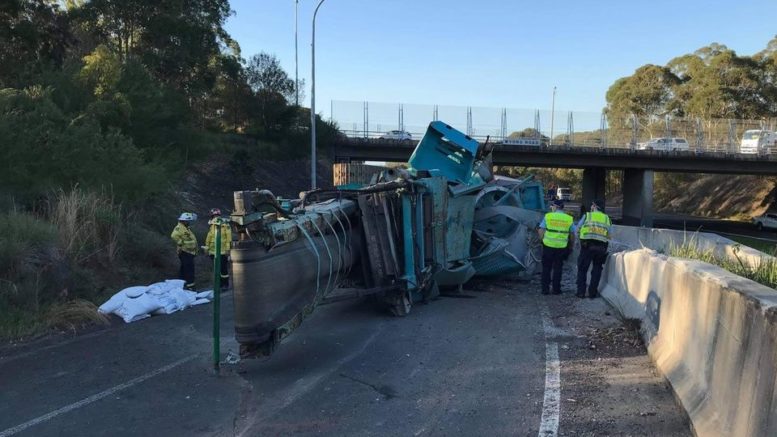 Tuggerah Rural Fire Brigade crews were called to the M1 freeway on Wednesday afternoon, September 8, after a large road crusher machine had come off the back of a truck.

On arrival at about 3:30pm, crews found the crusher had come off the back of a low-end loader blocking the northbound on-ramp at Wyong Rd overpass at Mardi.

The crusher had impacted the concrete barrier causing debris to land on the M1 and the crusher was leaking a significant amount of hydraulic fluid and diesel.

RFS and Fire and Rescue crews immediately worked to prevent the fluids entering a nearby drain using absorbent to contain the spill.

During the clean-up operation the northbound on-ramp was closed, causing northbound motorists to re-route to the Ourimbah interchange or to Sparks Rd for a short time.

Freeway traffic was limited to one lane when two northbound lanes were closed.

Fire and Rescue crews were finished at the scene by about 5pm and the salvage crew moved in after the peak hour traffic to remove the truck and machine.

One person was transported to hospital.