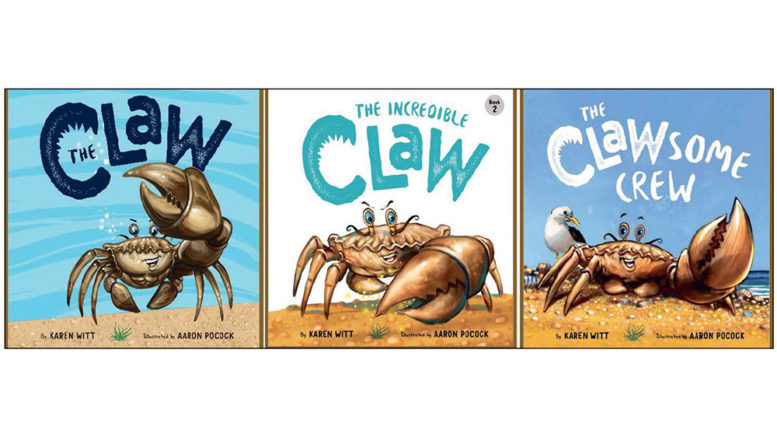 A local author has brought the wonders of the ocean to life with the launch of a new children’s book this week which aims to explore themes around acceptance, self-worth and teamwork.

Illustrated by Aaron Pocock, the novel explores the adventures of Clive – an Australian mud crab – who is on a mission to stop a greedy fisherman from catching all the crabs in the bay.

The Claw series, aimed at children aged between three and eight, are rhyming books with colourful illustrations.

Witt said she was inspired to write the series after catching crabs during many fishing trips on Brisbane Water.

“With these books, I wanted to create a story that was fun and engaging for both adults and children,” Witt said.

“It gives families a chance to read and laugh together.

“As someone who has grown up by the sea, The Claw Book series is really fitting for me.

“I love stories about the ocean!

“The ocean has so much to share with, and teach us, and I want to encourage children to explore these wonders.

“It’s really exciting to be launching the sequel to The Claw.”

A range of educational elements are also present in the book as readers learn how crabs can ‘throw’ their nippers when they are frightened.

Witt said one of her characters, Norman Beerbellio, was locally inspired.

The final book in the Claw trilogy, The Clawsome Crew, is expected next year.

She has also recently joined with film production company, Ten Alphas, to work on a family feature film, for one of her screenplays set in regional NSW.

Both The Claw and the Incredible Claw are available in hardcover at The Bookshop in Umina and in both Book Face and QBD in Erina Fair.

Books and character soft toys can also be purchased online at www.theclawbooks.com

Brisbane Water triumph in first round