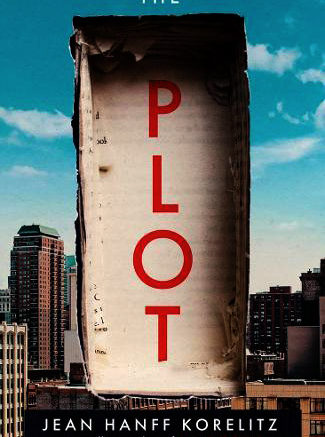 All Jacob Finch Bonner ever wanted to do is write.

To be a great writer!

His father, a tax attorney suggested this was not a path towards wealth.

His mother, a school guidance counsellor, reminded Jake that he didn’t test well on the verbal side.

He wrote a critically acclaimed book, The Invention of Wonder, but has been unable to back it up.

He has submitted stories but they have been rejected.

Much to his chagrin, he has taken a teaching job.

A teaching job! Oh, how the mighty have fallen.

As a reluctant teacher, Jake does no prep for his upcoming symposium and hasn’t read any of the samples submitted by the students.

This class will be no different than his previous classes.

“He knew, for example, that they were far less gifted than they believed they were, or possible every bit as bad as they secretly feared they were.”

Oh how wrong he was.

Enter Evan Parker, a student who is thinking of changing his name to Parker Evan.

As the other students critique each other’s work Evan will not share.

In fact he doesn’t think writing can be taught and has such a great story that, “I don’t think there’s a person on the planet, no matter how lousy a writer is, who could mess up a plot like mine.”

He is only attending the program to get some letters after his name.

He is hoping more letters means getting an agent.

Jacob can’t stand Evan’s arrogance, but when he gets around to reading Evan’s sample, Jacob has to agree that it is an amazing story and will be a best seller.

Fast forward a few years and Jake still hasn’t written a successful follow up to Invention of Wonder, and the writing symposium is now online, which cut his salary considerably.

He gets a job in a small town in update New York at an artist’s colony and he is to meet and greet the writers.

One of the writers is so arrogant, so full themselves that Jake is reminded of Evan Parker/Parker Evan and wonders what happened with that book he was going to write.

Surely, he would have heard about it by now.

After much searching it turns out that book was never written.

Jake knows it is too good a story to let waste, a story like that needs to be written, “Good writer borrow, great writers steal.”

Three years later, The Crib has sold two million books and is on the New York Times best seller list.

He is famous, he is rich.

While doing a radio interview he meets Anna and falls in in love.

Until he gets an email accusing him of being a thief.

This book grabbed me from the beginning and happily I went along for the ride.

I like the style of writing and the build-up of the story and the ending, which I sort of predicted but not entirely.

And it was a good deal because the reader gets two stories for one.