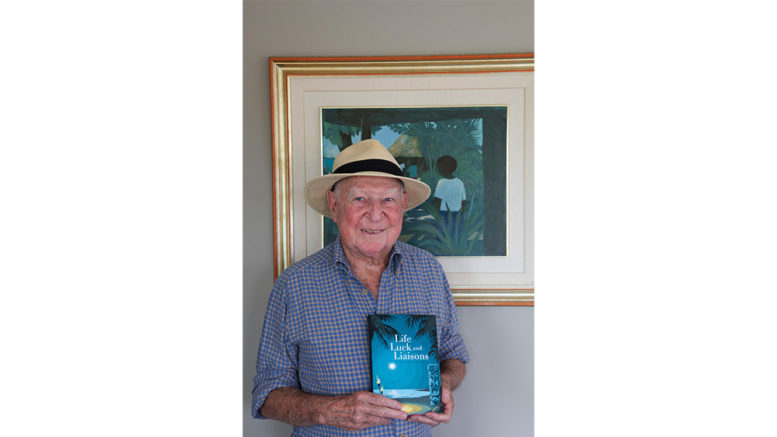 After the success of his first novel, an Ettalong Beach local has put pen to paper again, sharing stories about sailing, fishing and travel … lots of travel.

John Burgess’ second book ‘What’s the Story?’ takes readers on a journey through his sailing and travel adventures – through Australia and abroad.

The book, which was published by Xlibris AU, begins with a story about Burgess’ journey from New Zealand to New South Wales and Queensland, Australia, when he was 18.

It then details his move to London in the 1960s where he was again able to indulge his passion for yachting, cruising and racing in the English Channel and take part in a Fastnet Race and Cowes Week.

He returned to Australia in 1971 and, having set up his own export business in Sydney, Burgess said the novel then follows business trips abroad and these often provided the inspiration for holidays overseas.

He tells of visits to the Caribbean and the Maldives for sailing holidays and shares stories of his time spent in Mexico, Cuba and Africa.

Burgess said that he hopes his travel stories help awaken the “reader’s sense of curiosity and desire to be adventurous”.

‘What’s the Story?’ is available for purchase at Amazon and Barnes & Noble.