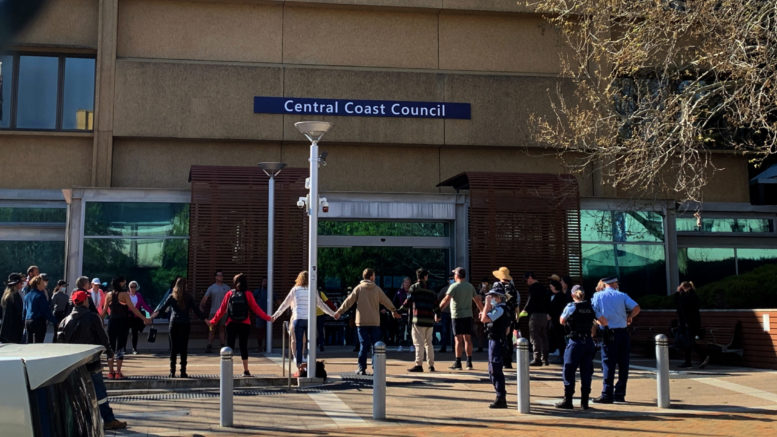 Two people have been arrested and 10 fines have been issued by police following an “anti-lockdown” protest at Gosford on August 31.

During a similar protest at Wyong, eight fines were issued, and four people were arrested.

Each of the $3,000 fines issued was for “unlawfully participating in an outdoor public gathering”.

Those people arrested are likely to be charged in court and will face a fine of $11,000 or up to six months in jail.

Parliamentary Secretary for the Central Coast, Adam Crouch, said he had been advised around 40 people attended each protest.

“I am disgusted that a minority of people on the Central Coast have risked the health and safety of themselves, their families and their wider community by choosing to protest,” he said.

“These actions are incredibly selfish, and we can only hope that no COVID-19 transmission occurred among the protestors and police officers.”