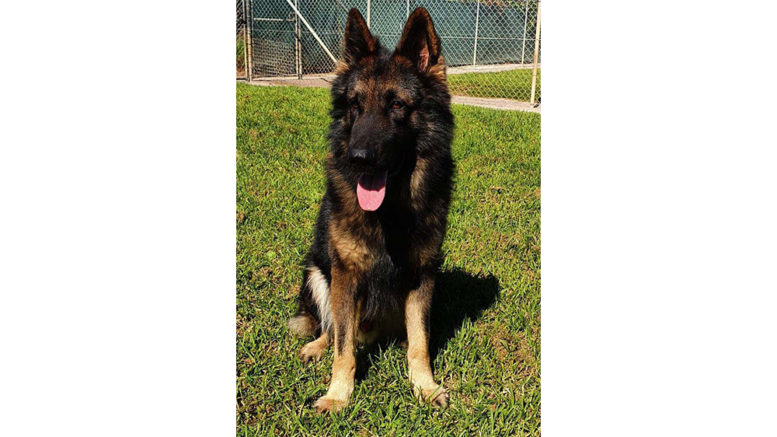 Officers from Tuggerah Lakes Highway Patrol, with the assistance of police dog Apache, arrested a 26-year-old Gorokan man who was involved in a police pursuit.

At about 10:30pm on Sunday, September 5, police saw a white Toyota Camry driving at Kanwal which they recognised from a previous police pursuit on the M1 at Kiar.

Police said the vehicle turned off the main road and accelerated, continuing at speed until it collided heavily with a concrete roundabout, mounted the gutter and stopped.

The driver fled from the scene to a nearby house where he was located by police dog Apache and his handler.

Police arrested the driver without incident but located him with his three-year-old son.

The driver returned a negative breath test but a positive indication for methamphetamine.

He was taken to Wyong Police Station for further testing and was charged with drive furiously in a manner and speed dangerous to the public, drive motor vehicle during disqualification and trespass.

He was refused bail to appear in Wyong Local Court and a child at risk notification was completed and Family and Community Services advised.