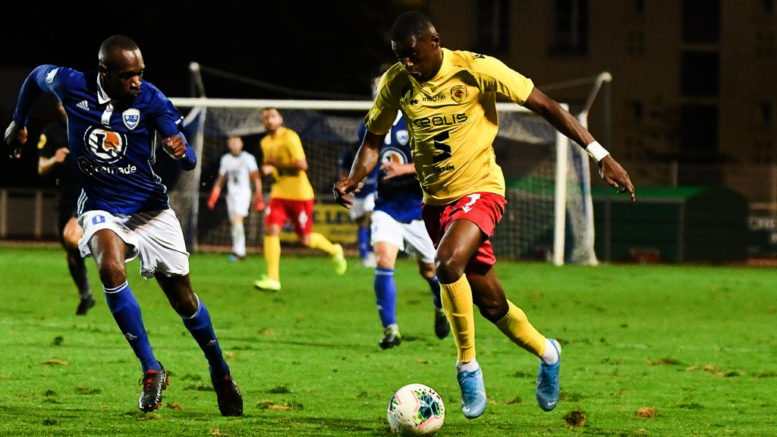 The Mariners squad is to be joined by another international signing ahead of the 2021/22 A-League season, with French attacking player Béni N’Kololo signed on a two year contract.

Set to arrive on the Central Coast after five years of professional football within the French leagues, the 24 year old is the fourth new signing to the club and the third with European football experience.

Playing his highest level of competition with Stade Brestois 29 in the French Ligue 2, N’Kololo has seen his value steadily rise over five seasons with such clubs as US Avranches, Tours FC and Lyon – La Duchère.

Most recently, N’Kololo had a strong season on the left and right wing with US Concarneau in the third tier Championnat National, placing fifth come season end.

In his first season out of France, N’Kololo is expected to play as a versatile attacking player for the Mariners, capable of generating good attacking movements in both wide and central positions.

“I was scouted while playing in France and after putting in consistent performances, the Mariners got in touch,” Béni said – whilst undergoing his post-travel quarantine in Brisbane.

“Now I am here in Australia and I am itching to get onto the park with my new team mates.

“I have been chatting to Nick [Montgomery] over multiple video calls and I love the ideas he is looking to implement, and I am really keen to contribute and help the club achieve its objectives for the coming season.”

For Montgomery, the signing is another accomplishment for the team’s European scouting network that first identified N’Kololo as a potential signing, as well as Cy Goddard from Benevento Calcio and Mumbai City FC.

“We are looking to assemble a strong squad this season,” Montgomery said.

“Beni is a powerful, fast and athletic player and I am looking forward to him integrating into the squad along with Cy [Goddard].

“His pace and finishing as well as his positional versatility will be a great asset to us.”

Alongside N’Kololo and Goddard, Montgomery also has new signing Nikolai Müller, with many years of experience in German football, on his squad sheet.

With the emergence of these three players, as well as the return of last years’ forwards, Marcos Ureña and Matt Simon, the Mariners have not only filled most of the holes left in their first team after a number of exits, but now also have competition for the key positions.