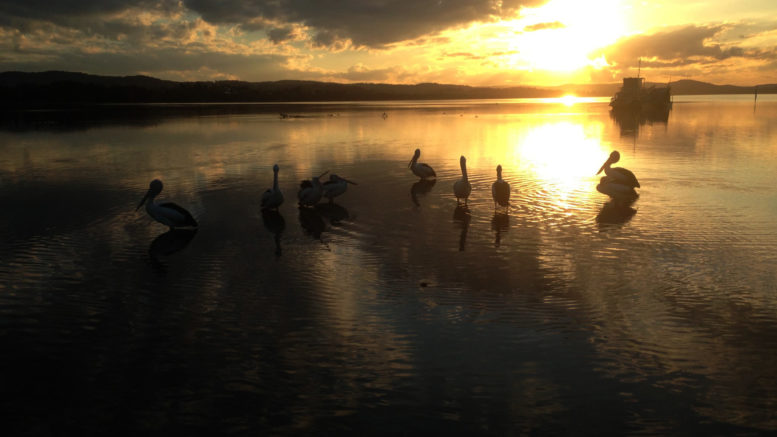 Two Peninsula locals and climate activists, Richard Weller and Jo Muller, have responded to the dire warning given recently by the Intergovernmental Panel on Climate Change (IPCC) by launching a new campaign to activate the community.

The IPCC delivered its sixth assessment report in Geneva on August 9 and warned that scientists are observing changes in the Earth’s climate in every region and across the whole climate system.

“However, strong and sustained reductions in emissions of carbon dioxide (CO2) and other greenhouse gases would limit climate change.

“While benefits for air quality would come quickly, it could take 20-30 years to see global temperatures stabilise,” the report said.

Rather than sit on their hands and proclaim it’s all too hard, Weller and Muller, as long-term climate activists, have decided to start a public campaign to educate the local community about measures individuals and households can take to have a positive impact on the climate crisis.

“We see even more happening in Australia, for instance, severe coral bleaching events and the disappearance of kelp forests around Tasmania,” Jo Muller said in response to the IPCC findings.

“Help from everybody is needed to reduce our greenhouse gas emissions, especially our carbon dioxide emissions.

“We need much more action from the government too but there are also things that can be done on the local level and on the personal level.

“Unfortunately the turmoil at our local Council has caused a drop of action on climate change and we encourage the Council to continue with actions against climate change but there is also much that can be done on the personal level.

“I was shocked when I calculated my first carbon footprint at a Council booth some 20 years ago.

“Even with a humble lifestyle I require the resources from about three Earths to support my lifestyle but we’ve got only one.

“Last year I became vegetarian, not only because I love animals but also to put my mouth where my mouth is.

“Eating meat is one of the largest contributions to carbon dioxide emissions.

“I understand not everybody wants to live on a vegetarian diet but halving meat consumption would already make a great contribution.

“We have created a climate change reference group called Climate Future and we are working on information campaigns and additional actions that fall in our area of expertise.”

Richard Weller said “If enough people act together we can save enough emissions to make a real difference.

“Of course, the actions of our government can create much greater cuts than we can, but individuals can still make a difference if enough of us act together.

“Just look at the energy produced by all our roof-top solar.

“This is induvial householders getting together to make a real difference.

“I would encourage people to contact their elected representatives – both Coalition and Labor politicians need a wake-up call to push for more action.

“By far the most important emission source in Australia is electricity so getting our government to move to fully-renewable electricity would go a long way to achieving the pathway to the Paris Agreement goals.

“Our current Federal targets just wont get us there.”

The reference group is called Climate Future and it is inviting expressions of interest from those wanting to make a contribution via its new facebook page @climatefuturecentralcoast.