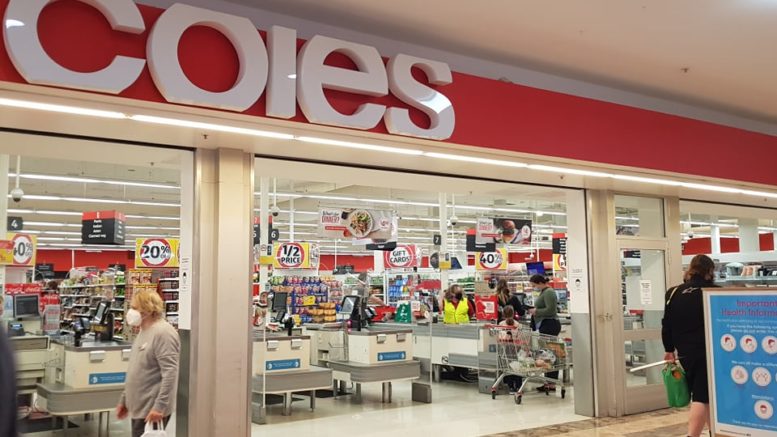 Residents have been asked to be on high alert after fragments of COVID-19 were detected at the Woy Woy Sewage Treatment Plant last week and a local supermarket was listed as an exposure site on Monday.

According to the Coles website, Coles has been informed that a customer who has tested positive for COVID visited Coles Woy Woy supermarket between 8:35am and 8:55am on Monday, August 9.

“In accordance with advice from NSW Health, all customers who were at the store during this time are asked to seek a COVID-19 test immediately and isolate until they receive a negative result,” Coles said.

Additionally, NSW Health advises that if customers receive a negative test taken before August 14, they should wear a mask around others and limit their movement until receiving a second negative test result taken on August 14 or later.

“Coles’ standard cleaning procedures comply with the Federal Government’s COVID-19 Hygiene Practices For Supermarkets and frequent cleaning and sanitisation has occurred in the time since the customer was last on site,” the supermarket said.

It is important to note there are currently no known cases in these areas.

Public Health Director at CCLHD, Dr Kathryn Taylor, said there was only a low level of COVID-19 detected in the Woy Woy plant.

“Sewage gives us a signal that something [is] going on in the area, and we can see trends in whether the amount of virus is increasing or decreasing or whether it’s a very low-level detection,” Taylor said.

“A low-level detection is a once-off detection suggesting a visitor that’s come and gone or shedding at the tail end of their infection.

“In Woy Woy I’m pleased to announce that the second sample was negative and the previous sample was a low-level detection so we’re not really sure what the explanation for that was but it has gone back to negative.”

Taylor said that despite the negative sample on the Peninsula, all residents should remain vigilant and continue to come forward for testing.

“We’re extremely concerned – if there’s just one undetected case in the community and that goes on for a week or two weeks that could really quickly mushroom into [an] uncontrolled spread and we are unfortunately seeing the Hunter going through some of that pain,” she added.

“I am very concerned about the situation and really urge people to take things seriously, stay at home, don’t mix with other people and get tested if you have even the slightest of symptoms.

“Our community is quite connected to both Sydney and the Hunter and there are lots of essential workers who work in either area so it’s very difficult to put additional restrictions.

“There’s uncontrolled spread in Sydney, we still have cases coming from Sydney on a regular basis so the people in the south also need to be alert.

“We’ve done pretty well so far on the Coast, but we’re not an island.”

A new list of exposure sites were confirmed by the health district this week after two new cases were discovered on the Coast on Wednesday, August 11.

CCLHD said there is no known link between the two cases, who are both currently in isolation, with the source of infection for these cases under investigation.

There have now been 23 local cases of COVID-19 since the start of the current outbreak in June.

Coles in Deepwater Plaza, Woy Woy has been identified as a COVID-19 exposure site, with anyone who visited the store on Monday, August 9, between 8:30am and 9am urged to immediately get tested and isolate until a negative result is received.

Anyone who attended the following venues on the dates and times listed is a casual contact who must immediately get tested and isolate until a negative result is received, even if you have had a test in recent days.

Woolworths in the Imperial Shopping Centre, Gosford has also been identified as a COVID-19 exposure site and is associated with a confirmed case from Sydney who visited the Coast during their infectious period.

Anyone who visited Woolworths at Gosford on Thursday, August 5, between 6:20pm and 6:50pm is a casual contact who must immediately get tested and isolate until a negative result is received.

The McDonalds M1 (Northbound) at Jilliby has also been identified as a COVID-19 exposure site and is associated with a confirmed case from the Hunter New England region.

Anyone who visited the McDonalds M1 (Northbound) at Jilliby on Friday, August 6 between 9:15am and 9:45am is a casual contact who must immediately get tested and isolate until a negative result is received.

Gosford Hospital’s Emergency Department entry doors and foyer area has been identified as a COVID-19 exposure site associated with a confirmed case from Sydney.

Anyone who went in or out of Gosford Hospital’s Emergency Department entry foyer area on Thursday, August 5, between 5:50pm and 6:15pm is a casual contact who must immediately get tested and isolate until a negative result is received.

The community is advised that the Emergency Department and its waiting area is not an exposure site nor any other locations in the hospital.

Anyone who used this entry point at times outside the specified times does not need to test or isolate but should remain vigilant for symptoms and get tested if any appear, no matter how mild.

Anyone who visited these sites during the stated times is also identified as a casual contact who must isolate until a negative test result is received.

Casual contacts must also get another test on day five from the date of your exposure.

CCLHD also said individuals should wear a mask around others and limit your movements until you get another negative result and continue to monitor for symptoms and if any symptoms occur, get tested again.

Symptoms of COVID-19 include a fever cough, sore/scratchy throat, shortness of breath, runny nose, and loss of taste or smell.

More exposure sites may be announced as investigations continue.

CCLHD said high rates of testing are critical to detect transmission and prevent further spread of COVID-19 in the community.

Gosford Hospital also remains open for COVID-19 testing from 9am to 5pm, seven days per week.