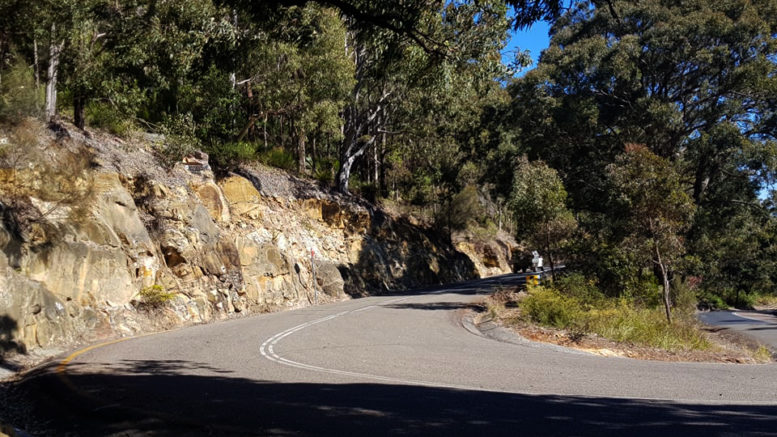 The allocation of Central Coast Council funds to upgrade Mount Ettalong lookout instead of prioritising road work has left some Pearl Beach and Patonga residents perplexed.

Pearl Beach residents have been begging for substantial upgrade work on Mount Ettalong Road, Patonga Drive and Pearl Beach Road for decades but neither the former Gosford Council nor the Central Coast Council have paid attention.

The bushfire-prone village of Pearl Beach has also been appealing for a second access road in and out since at least the 1980s but, again, to no avail.

Villagers were surprised when Central Coast Council decided to embark on upgrading the Mount Ettalong lookout and carpark for an original Masterplan budget of $1.7 million.

The Council’s operational plan for the next few years indicates that the amount to be spent on the Mount Ettalong lookout will be substantially less than the touted $1.7 million.

No funds are allocated in the current financial year and in 2022-23 an amount of $50,000 will be spent from general revenue on the lookout renewal, according to the operational plan.

A further $130,000 has been budgeted from general revenue in the 2023-24 financial year so the total budget will be around one tenth of the original proposal.

Even so, residents like Williams have concerns that the upgrade will attract more visitors to an unstable area on a dangerous piece of road.

“It is a very dangerous lookout, on sandstone that is deteriorating,” she said of the north-east facing platform.

“A second lookout over Pearl Beach has been closed off for years because of safety concerns.”

Williams is leading the charge to argue that the funds would be better spent restoring the original Mount Ettalong Road which traced the ocean side of Umina Point around to the northern end of Pearl Beach.

“The road around to Pearl Beach was the first means of access to Pearl Beach and it remained a pathway until 1988 when the sewer went through,” Williams said.

“Council in their wisdom dug the road up and put the sewer through but the path in and out of Pearl Beach then became impassable.”

According to Williams, Council blocked the track and since the late 1980s locals have potentially been “trapped in a village with no egress in a bushfire or if a serious accident blocked the road”.

It was 2005 when Gosford Council resurfaced Pearl Beach Road and told residents they would need to put upgrades of Patonga Rd on “forward estimates”.

Williams said the next time any substantial works were completed was 2018-19 when drainage and resurfacing works were carried out on Mount Ettalong Road (before the right-hand hair pin bend marks the beginning of Patonga Dr).

“The road we currently use was built in the depression by cutting from the high side and laying the sandstone flat on the lower side to form a road surface.”

Williams said she believed geotechnical reports for nearby properties indicated that the road was unstable and unsafe, drains under the road have not been maintained properly over the years and stabilisation of large sandstone boulders on the high side has deteriorated over the years.

She said in addition to spending money to carry out urgent safety works on the stretch of road between the hair pin bend and the Pearl Beach turnoff, funds could be diverted from the lookout masterplan to re-open the original Mount Ettalong Road and provide Pearl Beach with its second entry and exit route, at least in an emergency.

A design was completed for a walkway around Umina Point, according to Williams.

“Gosford Council drafted an egress, they had a plan for it but it was too expensive,” she said.

Williams is fearful that proposed works to upgrade the entry to the Mount Ettalong lookout and extend the carpark, particularly if works involved heavy machinery, could further destabilise massive sandstone boulders that are already cracked and moving, downward, towards the road.

“One unstable rock shelf is currently being held in place by two young Angophera and if those rocks have further movement from water and rain they will fall onto the road,” she said.

Williams said she has written to Council Administrator, Rik Hart, about her concerns but received a “form letter” response.

“The current proposal is very costly, will endanger traffic on Patonga Drive and we’d still have no alternative access to Pearl Beach should a rockfall block the road.

“What is really driving this proposal in a cash-strapped Council and what has happened to the original alternative access proposal for Pearl Beach residents?
In a response to Williams, Council staff stated that geotechnical investigations were undertaken in the carpark area and in the vicinity of the eastern lookout to inform the development of the Mt Ettalong Reserve Masterplan.

“The geotechnical investigation for the carpark assessed the subsurface in terms of subgrade conditions, thickness design for flexible pavement, subgrade preparation and material quality requirements.

“The masterplan identifies a realignment to the driveway off Patonga Drive as well as improvements to the configuration of the carpark.

“The development contribution funds identified for Mt Ettalong Reserve are allocated specifically to that site.

“These funds cannot be allocated to other sites for other purposes,” Council said in its response to Williams.