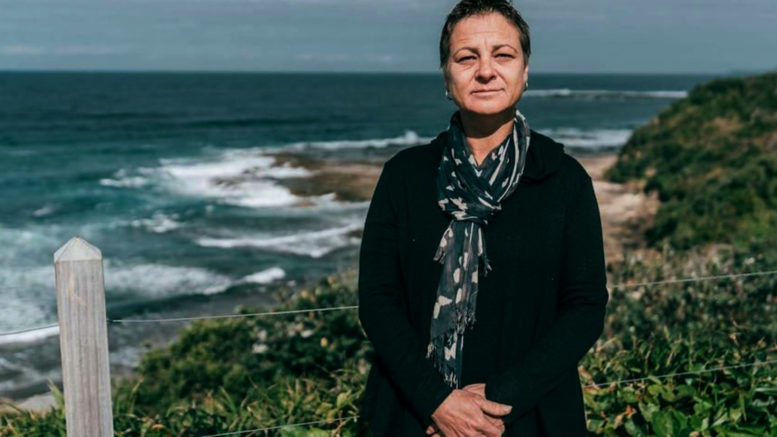 Central Coast Traditional custodian, Tracey Howie, is set to contest the seat of Robertson at the next Federal Election for the newly formed Indigenous-Aboriginal Party of Australia.

The new body is in the final stages of becoming a registered political party, with notification of its Application for Registration advertised in major publications on August 6.

Howie, a direct descendant of Bungaree, who circumnavigated Australia with Matthew Flinders in the first years of the 19th century, is well known on the Coast for her strong advocacy of Indigenous rights.

She said environment and education are the two big issues for the Indigenous Party.

“We want the Kariong Sacred Lands to be placed on a National Heritage register,” she said.

“This beautiful, environmentally sensitive, and culturally important land, located in and next door to Brisbane Water National Park, is an asset for all Coasties.

“The entire area contains sacred Indigenous sites which, while vitally important to our Indigenous heritage, also attract many tourists to the Central Coast.

“They must be preserved; these precious lands must never be developed or put at risk in any way.

“Additionally, regarding sacred sites, the exploitation of Aboriginal Heritage Impact Permits must stop; both the Labor and Liberal parties are guilty here.

“These permits, which are meant to protect Aboriginal heritage sites from destruction, are never issued.

“Not one permit has been granted in NSW which has resulted in Aboriginal Heritage sites and sacred sites being destroyed in NSW.

“So much for reconciliation.

“Education is another vital matter that the State Liberal Government has also turned into a dog’s breakfast.

“In its place, we will seek a Federal Commission with the authority to oversee Indigenous education, particularly for school refusers, bypassing the State.

“No more closing schools and tossing Central Coast kids onto the streets, whether they be Indigenous or non-Indigenous.

“This new commission will be community controlled with at least half the National Executive members Indigenous.

“In addition, it could work with the Indigenous Party to start getting Indigenous kids out of detention; this would be a big saving for government.

“We have some fantastic people ready to work with young offenders on Country and get them away from the things that destroy and hurt.

“If you are a young Indigenous male in NSW, you have a much higher chance of ending up in jail than going to university.

“We want that to change, now.”

Howie said there was also a desperate need for an Indigenous Suicide Prevention phone line.

“The Indigenous Party wishes to thank (Federal Member for Robertson) Lucy Wicks for her support on this issue to date, and we really hope the next Federal Government make a National Indigenous Suicide prevention phone line a top priority.”

1 Comment on "Tracey Howie to contest the seat of Robertson"