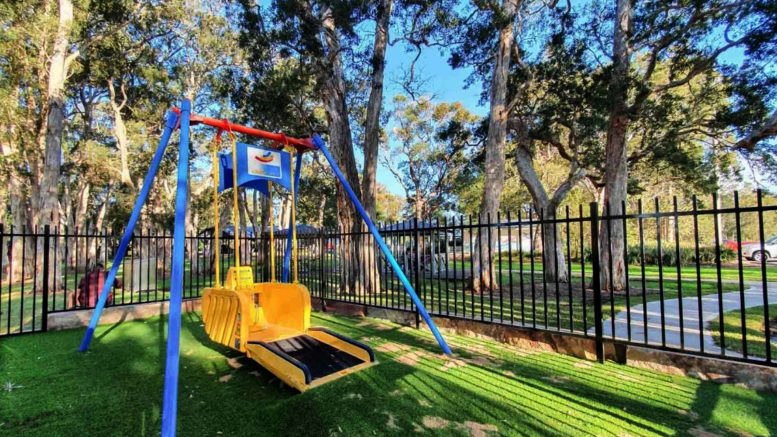 “It doesn’t pass the pub test and doesn’t come anywhere near what an inclusion plan should be,” he said.

For 36 years Blaschke has been a hands-on volunteer and advocate in the disability world.

He sat on Council’s first Disability Inclusion Reference Group, is a former Chairman of Camp Breakaway and received an Order of Australia Medal for his community work.

He said Council’s plan, now on public exhibition for community comment, highlighted what Council had achieved so far which mostly focussed on training to bring staff up to scratch, yet everything within the plan was in the 2017 plan.

“It is quite obvious that ticking boxes to conform to state legislation is what this plan is all about but it’s not what a Central Coast Disability Inclusion Plan should be about,” Blaschke said.

“The spruiking by Council of some $1.3M allocated to disability infrastructure over the next four years equates to $325,000 per year for the entire Coast.

“This will simply cover basic works and won’t cover the identified changes needed like safer footpaths, accessible public spaces and infrastructure, education or jobs, to name a few.

“It’s not just about disability access, parking, footpaths, sports, accommodation, jobs or tourism – it’s about the complete package – whether you are a visitor or resident with a mild or profound disability (18.4 per cent), a mobility or hidden disability, or an ageing issue in this, the fourth largest ageing population in NSW.”

Blaschke said recent on-site meetings at five of Council’s independently-assessed and approved inclusive parks with former Administrator, Dick Persson, and two Council Directors, found all five lacking several aspects of what the Act expected and yet nothing had changed since.

“Council is simply placing icing over a cracked cake and thinking that tarting up a park or two with a nest swing and some soft-fall surfaces suffices as Disability Accessible and Inclusive, whilst disability amenities are outrageously antiquated or non-existent with most being filthy and not living up to world’s best practice,” he said.

“I read that extensive consultation had occurred, much the same as the first Inclusion program, yet the disability organisations I have had many years either running or volunteering with on the Central Coast have seldom been approached.

“The Disabled Surfers Association of Australia has conducted their events at Toowoon Bay for close to 16 years, and Breakaway, the Coast’s largest and longest running (over 40 years) disability respite accommodation centre, can’t get a mention on Council’s website, even though the issue has been raised on many occasions.

“Council proudly promotes the availability of beach wheelchairs at most beaches, which are far too dangerous or have none or very little infrastructure, which is downright a monumental mistake.

“The former Northern Lakes Disability Tourism Precinct Committee conducted many free access and inclusion audits on Council-owned facilities for the former Wyong and Gosford councils, also for many private enterprises, and instigated and constructed the Lakes Beach accessible boardwalk,” he said.