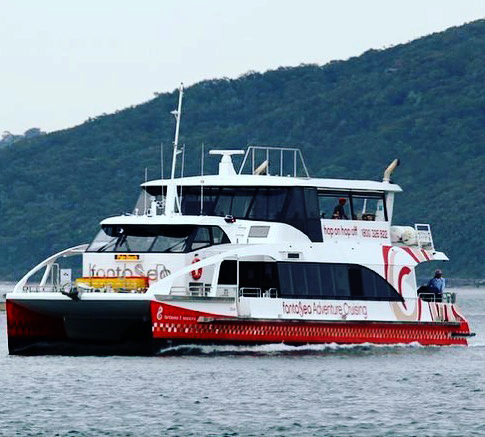 Ferries across the Peninsula have been deemed as an enjoyable way to travel by an average of over 88 per cent of respondents to a new survey by the Independent Pricing and Regulatory Tribunal (IPART).

IPART released the results of its survey last month.

It covered seven private ferry services including those operating on the Central Coast.

The survey was a first of its kind for the Tribunal and an attempt to understand the role of private ferry services in local communities.

Respondents said cheaper fares, more stops, and shorter wait times for both ferry services would ensure an increase in use in the future.

Over 70 per cent of locals said they were aware of the Woy Woy/ Empire Bay service which stops at Davistown and Saratoga, but only 49 per cent knew details of the ferry route.

Two thirds (66 per cent) of respondents said they were either satisfied or very satisfied with the services and 70 per cent of users stated they gave ‘good’ value for money.

Since 2018, Central Coast Ferries have increased their fees by an average of one per cent per year, now charging a maximum of $8.30 per trip.

Social or recreational purposes were cited as the main reason why 86 per cent of respondents said they used the ferry.

According to the survey, people aged 70 to 79 were most likely to board this service, with those 16 to 19 least likely.

Eighty eight per cent of locals said they were aware of the Palm Beach to Ettalong service via Wagstaffe, but only 55 per cent knew details of the ferry route.

Ninety per cent of respondents said they were either satisfied or very satisfied with the service and 70 per cent of users thought it gave them ‘good’ value for money.

Positively, 23 per cent of users said they intend to travel on the Palm Beach to Ettalong ferry more than they did in the last year.

Two thirds of reported last trips on the route were on weekdays, and half of respondents reported monthly use for the Palm Beach service.

A full breakdown of the survey results and a copy of the Issues Paper is available on IPART’s website.

A total of 772 surveys were completed in the study, using two sampling methods: online panel and CATI telephone to sample residents in suburbs immediately adjacent to seven private ferry operators and on-board surveys on four of the private ferry routes to sample users of those services.

IPART now look to receive public submissions on the review as they consider fares for private ferry services for the next four years.

Submissions are due by August 6.

A draft report will be handed down in September before a Public Forum is held, with the Final Report expected to be published in November.