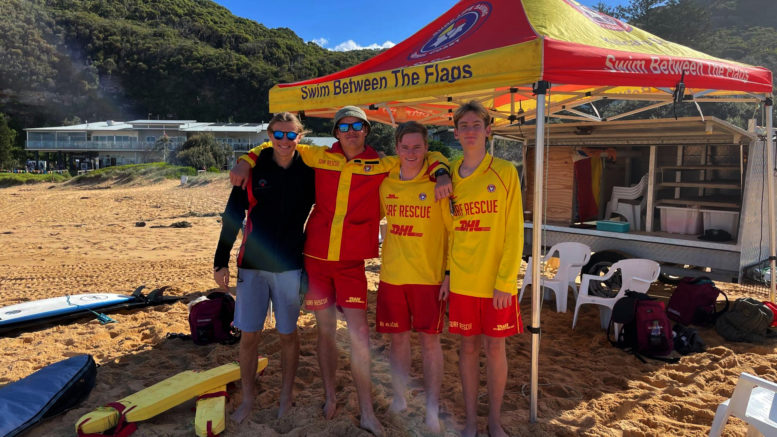 In a social media post, the Club said the decision to honour Nic Urie and Pete Bagnall came after a unanimous vote the club’s recent Annual General Meeting (AGM).

“Both Bags and Nic have served the Club extremely well for much more than the requisite 15 years,” the post said.

“Nic is currently Vice President House and Pete has been President and Club Captain.

“They are incredibly experienced and diligent lifesavers and Patrol Captains, both able to say there are people alive today that may not otherwise be, because they were on the beach when the crunch came.
“Thanks for your service Nic and Pete, we are beyond grateful and proud to bestow on you the highest honour the Club can give.”

A series of reports was also presented at the AGM which identified achievements and areas of concern for the Club to recognise.

Director of Finance, Therese Buckley, recognised the Club had achieved a ‘highly successful’ grants program, a surplus of $67,000, and successful ‘beach cinema’ and Sunday Sips projects.

Pete Bagnall raised concerns over low patrol numbers and said that, as Club Captain, he would like to petition Central Coast Council to seek assistance with coverage on weekends.

The Club said Council had “indicated a willingness to assist with resource and costs”.

Club President Craig Sheppard paid tribute to the surf lifesaving team for its efforts in the competition season.

“Their efforts and the continued commitment of Club Coach John Bourne enabled us to rack up a slew of branch medals and seven state medals, along with three of our runners [being] selected for the Interbranch Championship Team.

“Killcare had a relatively low rescue count of seven for the season but that was on the back of a focus on continually scanning and intervening, providing shoreline education to beachgoers on why they shouldn’t do what they were about to do.

“Core mission aside, our aim to be a central hub of the community continues to bear fruit.

“The Community Connect program, recognising that we are privileged to be the custodians of a Council facility that belongs to everyone, hosts Zumba, yoga, creative writing, the shower singers choir and more.

“I’d be lying if I said we don’t have plenty of scope for improvement, however when it’s all said and done 2020/21 was a very good season for Killcare.

“Above all it was mission accomplished – everyone who came to Killcare Beach on our watch went home again.”

Don’t light fires on the beach

Bouddi Arts Trail to be held on long weekend