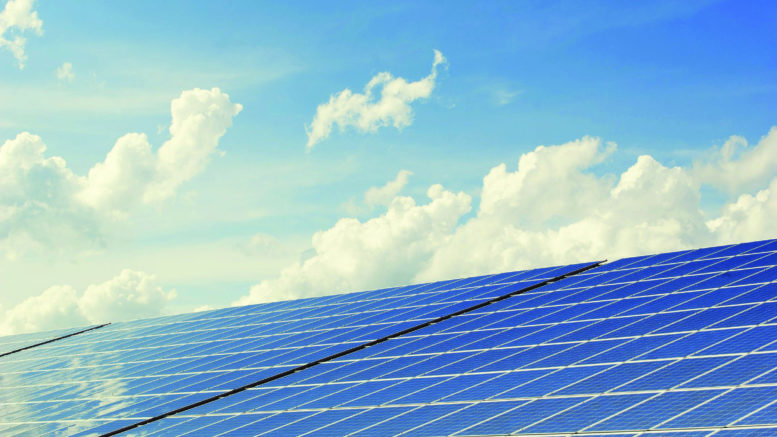 A local public school has been chosen for a pilot program across NSW to explore the potential for schools to use solar PV panels and batteries to generate electricity for themselves and supply the state’s energy grid.

Lake Munmorah Public School is one of 25 schools across NSW selected to have solar panels installed.

“Combined they have a roof space of eight million square metres,” she said.

“That is almost 2,000 football fields worth of space ready for power production.

“By producing solar energy, schools will benefit from lower energy bills, and batteries will store any excess solar energy for later use or can be sold to the energy grid.

“We estimate the 25 schools will save $300,000 in power bills, money which can go back into education, and any unused power can go into the grid.

“It’s estimated that the 25 schools will collectively generate approximately 2,400,000kWh of electricity per year.

“NSW is leading the country in school design, and this pilot project is one innovative way we are looking at powering, cooling and heating our schools,” Mitchell said.

The pilot project aims to assess the benefits and costs of the large-scale implementation of solar PV systems and batteries, together with other initiatives that can reduce demand on the energy network.

NSW joins Tasmania and Western Australia with all three states committing to rolling out solar energy in schools, a decision that has been praised by the group Australian Parents for Climate Action.

“State governments are leading the way on climate innovation, proving that climate action should not be a political football.

“Australian parents in their thousands are telling the Federal Government that they want less politics and more climate action.

“Last year during lockdown, hundreds of parents and their kids made hand-crafted suns and took selfies, to send a message to the Prime Minister that they wanted him to put solar and batteries on schools and early childhood centres as part of COVID recovery.

“The PM turned a deaf ear to these parents and their kids, and the 12,000 parents who signed our open letter calling on the PM to solar our schools.

“Now we are celebrating this massive win for these concerned parents, with state governments on both sides of politics listening and acting to solar our schools,” Seton said.

More than 1,430 schools across NSW have had solar panels installed in the past decade to reduce their carbon footprint.