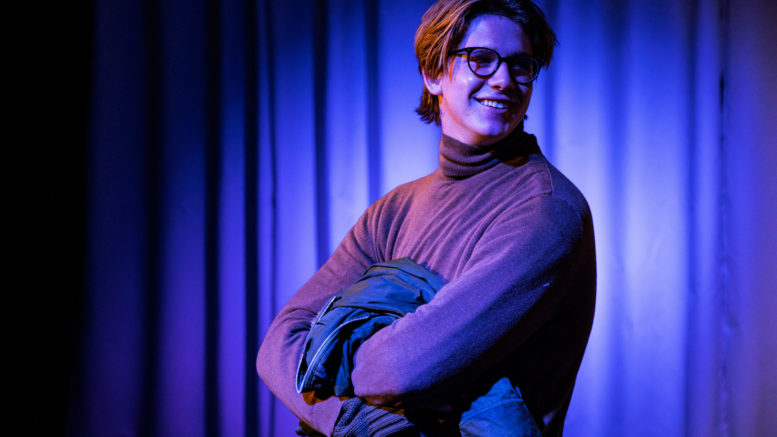 Wyong based actor, Samson Alston, is keeping busy despite the ongoing COVID-19 lockdown with a charity play reading, a role in an upcoming play, a role in a new television series and a role in a Marvel film slated for release next year.

Alston will be completing a charity reading of Nick Enright’s St James Infirmary, raising money for the Actors Benevolent Fund.

In the play, which will be held via Zoom on August 21, Alston plays Dominic, an outspoken Catholic student obsessed with Australia’s involvement in the Vietnam War stuck in the confines of the Catholic school hospital infirmary.

Alston said that he was approached by Lambert House Enterprises to partake in the charity reading after participating in one earlier this year.

“I think it’s brilliant that he’s outspoken and passionate about events going on at the time which is something I can really relate to,” Alston said.

“The Actors Benevolent Fund is doing amazing work right now through this long and difficult period for actors, helping those out of work or those stood down by the lockdown.

“So, an evening to benefit this wonderful organisation seems very appropriate.

“The evening is sponsored by that equally great supporter of the arts and actors, the Seaborn, Broughton, Walford Foundation,” Solomon said.

Along with this, Alston is set to star in a new play in Sydney called Three Winters Green, running from October 25-30.

In this production, that follows eight people through three years of their lives, on their journey forming a community, redefining their boundaries and forging a common goal.

Alston plays Martin and the comic and confused Mick.

He is also appearing in the new Seven Network series Royal Flying Doctors Service where he plays Hayden.

Some of his co-stars in this series are Justine Clarke and Steven Peacock.

Talking about his roles, Alston said that he loves them all.

“I love them all differently.

“One Day of the Year was my favourite as I was working with so many wonderful actors.

“I first got into acting in primary school as I was a very energetic student and the teachers didn’t really know what to do with me, so they offered me a role in the school musical and I loved it, and after that I stopped playing up as much, and I’ve gone from there,” Alston said.

In 2022, Alston will be featured in an undisclosed Marvel film.

Local businesses team up to support others