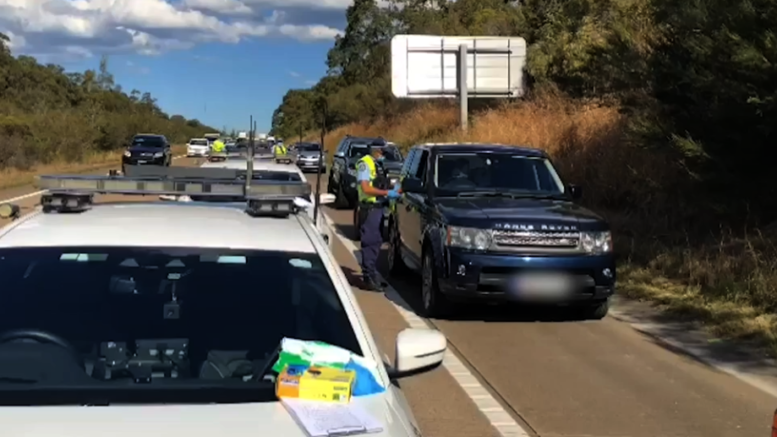 Deputy Premier and Minister for Regional NSW, John Barilaro, gave some hope that the Central Coast might see COVID-19 restrictions eased in coming weeks, with the announcement that the region, along with Shellharbour, will now be classed as regional NSW (as opposed to Greater Sydney) for Public Health Orders.

The regional status may mean that if case numbers on the Coast remain low, and if the health advice allows, we could come out of lockdown with the rest of regional NSW.

However, due to 31 active cases now and new ones presenting almost daily, there will be no short-term changes to the lockdown rules in place until August 28.

A permit system for movement from Greater Sydney to the Central Coast was welcome news, however Central Coast Labor MPs say a loophole was concerning and confusing.

“We are very concerned that one large loophole continues to allow workers from Greater Sydney to enter the Central Coast without requiring a permit,” said Shadow Minister for Central Coast and Wyong MP, David Harris.

“This requires urgent clarification,” he said.

“The current system only requires a worker from Greater Sydney to need a permit if they are travelling further than 50km from the border of Greater Sydney.

“This means that they will not need a permit to enter the Central Coast, parts of Lake Macquarie local government area and even most of the Cessnock LGA.

“Workers within the rest of Greater Sydney (outside the LGAs of concern) won’t need a permit to come to the Central Coast and vice versa,” Harris said.

Parliamentary Secretary for Central Coast, Adam Crouch, said he had already raised the 50km “buffer zone” with Barilaro and he was considering eliminating or reducing it to a smaller area.

“Any Sydneysider who lives in one of the LGAs of concern will need to have a permit to prove that they are an authorised worker and cannot work from home.

“Each person will also need to take a COVID test every seven days,” he said.

“This strengthened condition will come into effect on August 28.

“Any Sydneysider who lives outside the LGAs of concern and works within 50km of Greater Sydney does not need a permit, for example, someone living in Hornsby who works in Gosford doesn’t need a permit to travel to work.

“Any Sydneysider who lives outside the LGAs of concern and works more than 50km from Greater Sydney needs a permit to travel to work,” Crouch said.

He said the permit system was designed to limit travel to holiday homes and unnecessary real estate inspections, not workers.

Central Coast has had 44 COVID cases in the current outbreak, with 10 new cases from Thursday August 19 to Tuesday, August 24, and one of those linked to a work site in Western Sydney.

“These detections are particularly concerning as they could indicate undetected, active COVID-19 cases in the catchment,” said a spokesperson for Central Coast Local Health District (CCLHD).

CCLHD said there were no known cases in these areas so residents should be vigilant for even the mildest symptoms, be tested immediately, then isolate until a negative result is received.

Anyone who travelled on the following train service for more than 30 minutes or attended the following venue on the dates and times listed should immediately be tested, even if you have tested in recent days, and isolate until a negative result is received:

Central Coast Newcastle line – Friday, August 20, from Wyong to Strathfield from 4:37am to 6:14am and from Strathfield to Wyong between 2pm and 3:54pm;

Saturday, August 21, from Wyong to Strathfield between 3:50am and 5:30am and from Strathfield to Wyong between 2pm and 3:34pm.

Crouch said he urged everyone on the Central Coast to get vaccinated as soon as possible.

He said the Coast’s full allocation of Pfizer vaccines, which were redirected to Sydney HSC students earlier this month, had been returned and appointments postponed at Gosford and Wyong Hospitals were being rescheduled.

Wyong and Gosford hospitals are open for anyone aged over 18 for vaccinations every Sunday between 7am and 3pm.

Wyong Hospital accepts walk-ins for AstraZeneca vaccinations every Monday and Tuesday between 6am and 11:30am.

Lifeline wants continuing support for those at risk