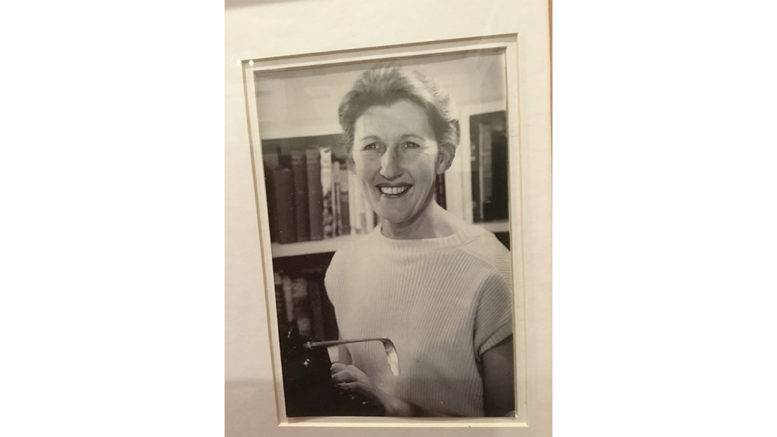 Sally’s mum, Lindy Lukey, who passed away from motor neuron disease in 1996

Dying with Dignity NSW has welcomed the public release of the Consultation Draft Voluntary Assisted Dying Bill which is expected soon to be introduced into NSW Parliament by Alex Greenwich MP.

Dying with Dignity President, Penny Hackett, said that if the bill is passed, it will give terminally ill people in NSW the ability to avoid the extreme suffering many experience at the end of their lives, despite the best available medical care.

“Voluntary assisted dying law reform is supported by an overwhelming majority of the NSW community with around 80 percent in favour,” Hackett said.

“There are terminally ill people dying every week in NSW with incredible suffering, which cannot be relieved, even with optimal palliative care,” she said.

“This bill would give dying people a chance to die peacefully, at a time of their choosing surrounded by their loved ones, without prolonged and futile suffering.”

Ourimbah local and Oncology Nurse, Sally Gibbs, is a supporter of the laws as she has witnessed many distressful deaths over her 49-year long career that could have been avoided saying that it is hard enough for a family to come to terms with a loved one’s terminal diagnosis and their non-peaceful death.

Something that she also can relate to personally after loosing her mother Lindy Lukey to Motor Neuron disease in 1996.

“She was a dynamic mother, friend and writer, not to mention an excellent communicator.

“She was eventually stripped of her voice, movement, dignity, personality, and was virtually drowned in her own phlegm.

“She had a Percutaneous Endoscopic Gastrostomy (PEG) tube inserted for feeding as she thought there might be a cure around the corner.

“One one such occasion, I caught her trying to cut off her PEG tube with a pair of nail scissors but naturally to no avail.

“When I saw her doing this I went and got my medical grade shears and channeled Mick Dundee saying these are some real scissors.

“Her only way of communicating was a pen and paper, and when her arms lost their strength, there was nothing, no laptops or iPads then.

“How ironic that writing was my Mother’s life.

“At 15, she sold her bicycle for a typewriter which was kept hidden under her bed.

“Her first journalistic article was published at 17, later working on publications such as The Radio Times, The Launceston Examiner, The Herald and Weekly Times, a Penelope column and many stories for the Australian Women’s Weekly.

“Who would have thought that words which were once so important to her became meaningless as she was drowning in her own phlegm.

“I am absolute advocate for VAD.

“I know if my mother had to had to do it again, I know she would choose it.

“We have palliative care in this country but as the name implies it is only a cloak to mask a disease, it doesn’t alleviate the physical and emotional pain people are left to endure as well as clock watching.

“People always say just dose them up with morphine and sedate them and it’s not that simple.

“People have the choice to go and get a drivers license, or to go to church so why can’t they choose to die?

“Australians at least deserve the respect to be able to make a choice about their own life.”

Every other Australian state has already moved on this law reform with assisted dying laws already operating in Victoria and Western Australia, having passed in Tasmania and South Australia and soon to be debated in Queensland.

“Why should terminally ill people in NSW be denied the choice of a peaceful death when the majority of other Australians have this right?” said Penny Hackett.

“It is a conservative bill, with safeguards to protect both patients and the healthcare professionals who care for them.

“It is entirely voluntary for everyone involved and only the terminally ill person can request access.

“We hope that MPs remember their constituents and speak with terminally ill people before deciding how to vote on this bill.

“The COVID-19 pandemic should not be used as an excuse to delay this important law reform.

“The Parliaments of Tasmania and South Australia have passed VAD laws in the last year, as have foreign jurisdictions such as New Zealand, Spain, and New Mexico.

“There is also growing momentum and legislative progress in Scotland, Ireland and the UK and Queensland’s Parliament is set to debate an assisted dying bill in September,” Hackett said.

The NSW Voluntary Assisted Dying Bill allows terminally ill people with decision making capacity, who are in their last months of life and have unbearable suffering, the right to seek medical assistance to end their lives.

There are extensive safeguards, including the requirement for two doctors to confirm eligibility and that the patient is acting voluntarily without coercion.

Eligible patients will have access to life ending medication which they can self-administer or take with the assistance of a healthcare professional.