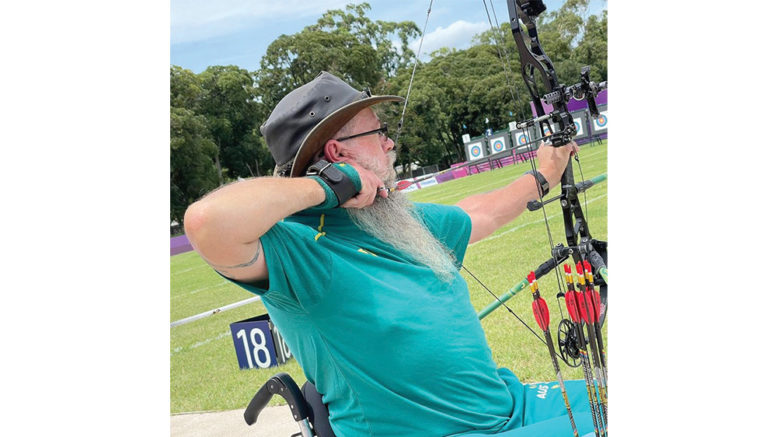 Two Central Coast residents are among Australia’s largest-ever team for an overseas Paralympic Games which started in Tokyo with the opening ceremony on Tuesday, August 23.

The Australian team is made up of 179 athletes competing across 18 sports, including the debut disciplines of para-taekwondo and para-badminton.

Para-canoe events start on Thursday, September 2 and the Para-archery begins on Friday, August 27.

Littlehales made his Paralympic debut at the Rio Games in 2016 and placed 6th in the semi-final.

He went on to compete at the 2017 and 2018 World Championships, reaching the final both times.

Littlehales claimed his first international medal by winning bronze at the 2018 ICF Canoe Sprint and Para-canoe World Cup in Hungary.

At the 2019 ICF World Championships, he finished fourth, missing out on a medal by just 0.09 of a second, but a fourth-place finish was enough for Littlehales to secure Australia a quota spot at the Tokyo 2020 Paralympics.

Marchant is joining the Australian team for the first time in Tokyo and his goal is to win gold.

He didn’t start competing in para-archery until 2015, yet in the past few years he has represented Australia in at least three international competitions.

Marchant made his international debut at the 2017 World Archery Para Championships in Beijing, China, and won a silver medal at the 2018 Para-archery European Circuit in Olbia, Italy, where the Australian Para-archery team achieved its best medal result to date at a major event.

The 2020 Tokyo Paralympic Games will continue until September 5.

Kyah and Ellie in at start of three big years