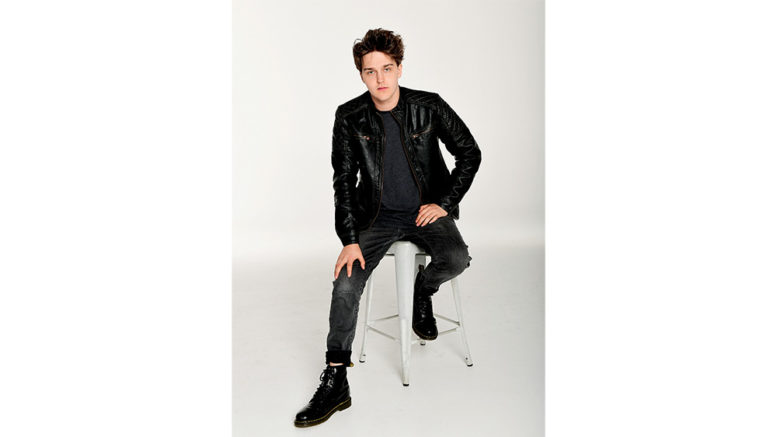 With performance artists on the Central Coast among the hardest hit by the latest COVID-19 lockdown, Copacabana actor Tom Kelly is rehearsing for a Zoom performance of Nick Enright’s classic play, St James Infirmary, on Saturday, August 21, to raise funds for the Actors’ Benevolent Fund.

The online reading will be presented by Lambert House Enterprises and will feature some of the rising young stars of the Australian stage.

“We have been rehearsing over Zoom and are trying to create a theatrical experience for everyone to enjoy,” Kelly said.

“We did a similar performance during last year’s restrictions and we are hoping this will be just as successful.”

Kelly, 21, plays Brian Bowker in the piece, which he says is especially relevant in today’s climate.

“This play really mirrors our situation now in a lot of ways,” he said.

“It is set in a Catholic school during the Vietnam war, at a time when the arts and acting were tossed aside by Australian society (with the focus on the war).

“The arts didn’t just survive that time- they ended up thriving.

“And now we are in a situation which is almost comparable to wartime, with so many in lockdown and the arts once again suffering.

“But as a society, Australia has gone through things like this before and thrived – and I think it will again.”

“A lot of actors, especially those who are early in their careers, had booked amazing jobs which are now completely lost,” he said.

“The fund is there as a safety net for actors who are eligible for funding, to help them maintain dignity in times like these in an amazingly fulfilling but very unstable industry and it has been doing that since 1944.

“The world of acting is the first thing to be put aside during such times, but when people are stuck at home, what they want to see is the work of actors.

“During this lockdown, many actors have been losing revenue they had expected.”

Kelly, who moved to Sydney last year to attend Sydney University, has moved back home to Copacabana to ride out the lockdown.

As a student at Gosford High School, he participated in a school musical and “got addicted” to the world of acting.

“I did a lot of community theatre with groups such as Gosford Musical Society and Jopuka Productions before turning professional and have picked up some professional work,” he said.

“But I am continuing my studies to become a secondary school drama and English teacher in between auditions and doing shows.

“The way professional acting works in Australia is that most say it is absolutely necessary to have a back-up career.

“For me, as a stage performer, there will be times when there is no work; very few people in Australia are full-time actors.”

The one-off performance of St James Infirmary will be sponsored by the Seaborn, Broughton, Walford (SBW) Foundation.

The play, which exploded into prominence in the mid-1990s, is the story of a young teenage firebrand obsessed with Australia’s involvement in the Vietnam War.

Trapped in the confines of a Catholic school hospital infirmary, his friendships with the new matron and a dedicated priest draw out a deeply affecting story.

The performance will be streamed at 7.30pm on August 21 with tickets available through trybooking.