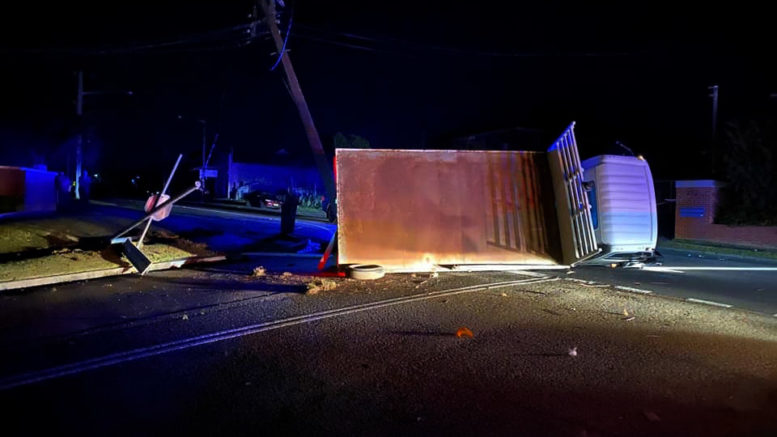 A man has been charged after a firearm was found in a truck that crashed into a power pole at Long Jetty, causing major traffic disruptions and power interruptions.

At about 10:50pm on Wednesday, August 18, Tuggerah Lakes Police found a Hino truck laying on its side after colliding with a power pole on The Entrance Rd, Long Jetty.

Police saw a man trying to smash the windscreen and re-enter the vehicle.

They spoke with a 21-year-old man, who allegedly became argumentative with officers before he was arrested and taken to Wyong Hospital for mandatory testing.

Fire and Rescue NSW crews attended and cordoned off the area due to live power lines and damage to the power pole by the crash, with Ausgrid crews attending a short time later and isolating the power on the affected lines.

Once the scene was rendered safe, officers conducted a search of the vehicle where they located and seized a loaded firearm, drug paraphernalia and a mobile phone.

The man was later taken to Wyong Police Station and charged with drive whilst disqualified, negligent driving and possess unauthorised firearm, as well as a breach of the Public Health Order.