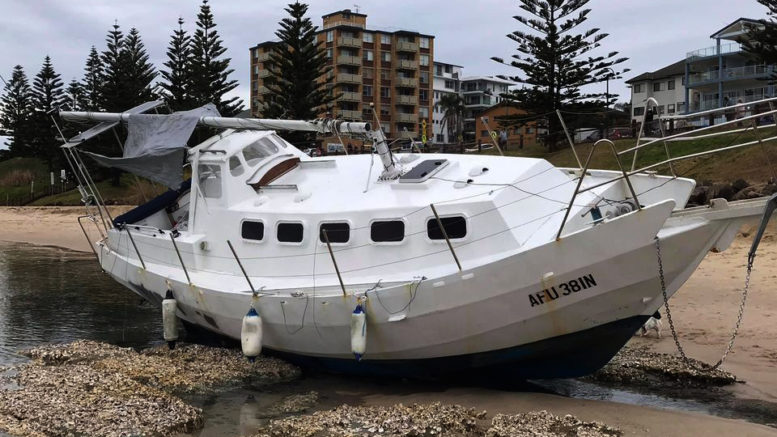 The skipper of a 38ft cruising yacht having engine trouble at sea headed towards The Entrance Channel last Friday for what he hoped to be safe shelter.

At the mouth of the channel the keel of the yacht became stuck on a sand bank but over time the power of an incoming tide shoved the yacht further into the channel and, by low tide, the yacht was well and truly high and dry.

It wasn’t until a big tide on Sunday that the stranded yacht was again buoyant and guided back into deeper waters by another smaller boat.

The yacht had started its voyage from Karuah, upstream on the Karuah River at Nelson Bay.

Unit Commander of Norah Head Marine Rescue, Bill Hignett, said it’s not the first time in recent years that people have thought they could get into The Entrance through the channel.

“We’ve had a couple of boats in trouble, that thought they could get in there and haven’t,” he said.

“If they’re not familiar with the place and don’t heed the markers they’re not going to get in there – you could almost walk in better than you can sail in – it’s not really a channel at all, it’s just an outflow really, until they dredge it out,” Hignett said.

2 Comments on "Keeled over"