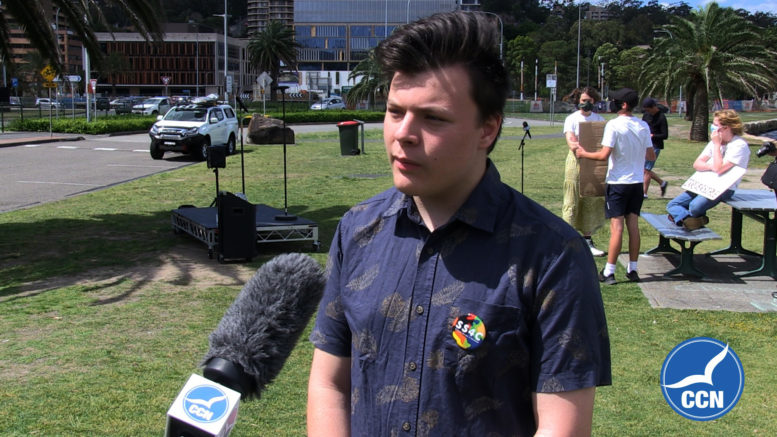 Jayden Delbridge of Wadalba is among 12 of the state’s brightest young leaders appointed to the 2021-22 Youth Advisory Council which gives youth a voice to influence decisions that will create positive outcomes for their peers.

The Youth Advisory Council will have a direct line to the NSW Government on behalf of their peers and communities about issues affecting young people and to share their vision for the future.

“There are many young people from all walks of life seeking to energise, lead and advocate for their generation and the best way to represent and serve our youth is to let their voice be heard,” said Minister for Families, Communities and Disability Services, Alister Henskens.

Jayden Delbridge, a Year 11 student at St Peter’s Catholic College at Tuggerah, made his mark with Jayden’s Message – Suicide Prevention 2020 when he was 14-years-old and made an impassioned address at Central Coast Council’s public forum.

He suggested Council throw its support behind the World Suicide Prevention Day program and similar initiatives.

His concern was the stigma around mental health and urged Council to encourage dialogue and action around suicide prevention.

“It was the first document of Council that recognised suicide as an issue in our community and that we need to prevent it.”

From there, Delbridge went on to start his own mental health charity for teenagers called Michael’s Foundation.

Although mental health is high on Delbridge’s agenda, he also tackles climate change and environmental issues.

“I’ve been an activist and an advocate in the community for a long time, especially on the Central Coast,” he said.

He is one of the local leaders for the Schools Strike 4 Climate Change and has organised several rallies at various Coast locations, and he’s also on his school’s social justice team.

“It’s quite an honour to be appointed to the Youth Advisory Council … this is just another step to help young people and others in the community,” he said.

“If I could change just one thing, I feel it would be to provide students with a safe place to go for their mental health and to seek help in schools.

“COVID has changed things for a lot of young people and if mental health wasn’t at the forefront of our life before, it is now.

“I’ll be bringing my passion for climate change and the environment, accessibility for people to different services and youth justice,” he said.

When Delbridge finishes school next year he plans to study a Diploma in Community Services and “probably going on to work in the field of mental health”.

The 12 members of the Youth Advisory Council, aged between 12 and 24, held their first meeting online over the weekend of August 21-22.

Throughout their one-year term, members will be supported by the Advocate for Children and Young People, Zoe Robinson.

Up to $7B commitment to COVID-19 lockdown support package