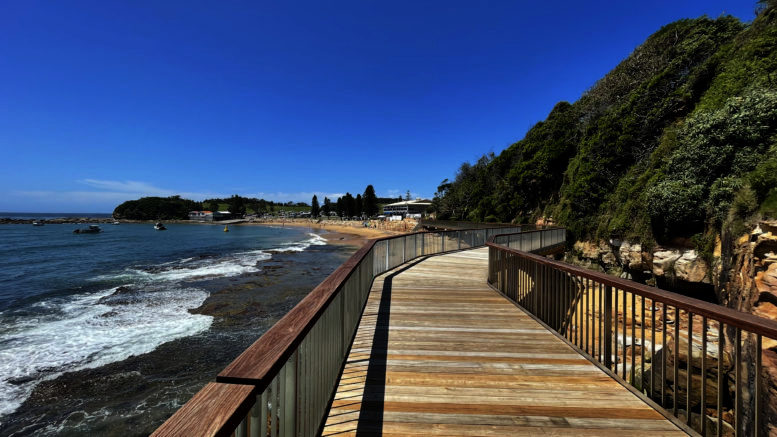 “The framework local government operates under is archaic, restrictive and conflicting,” Hart said.

Particularly affecting the Central Coast was the issue of Council having to find the money to cover the costs of depreciation and the operational running costs of infrastructure that had been provided by developer contributions.

Hart said this was further exacerbated by the State and or the Commonwealth providing capital grants but very few operational grants.

For example, the Council has to pick up the long-term maintenance costs and depreciation of the new Terrigal Haven walkway, and for the new regional library in Gosford once it is built.

On top of that, the community expects new and improved infrastructure.

“The net result is Council either applies to IPART for a special rate variation for a revenue increase in order to fund the depreciation and running costs or in the majority of cases it increases its backlog of infrastructure renewal – there are no ‘free lunches’,” Hart said.

“The IPART regulatory impact leads the community to believe that IPART controls Councils’ expenditure instead of the community understanding their role in holding the governing body (mayor and councillors) and management to account, consistent with what occurs in the real world.

“Ultimately it is the community that ends up penalised, not the organization.

Hart said Council’s long term financial plan (LTFP) set the path for the next 10 years with very little room to take on or match any grant funding that may become available.

He said the Council also had to contend with the regulator IPART proposing to remove $25M in revenue after three years, referring to the IPART decision limiting the Council rate rise of 15 per cent but to three years.

Hart said it made a nonsense of the 10-year plan to repay monies unlawfully used.

“I am of the view that the State Government should be looking at the broader issues, and here is just one very important example that highlights the well overdue need for reform in local government,” he said.

Hart was responding to a NSW Government draft Bill about developer contributions which is the topic of a parliamentary inquiry.

Hart said the Bill had been introduced to simplify legislation and parts of it were good, but it did have some “fish hooks” that a large majority of councils had seized upon.

The draft Bill was implementing recommendations from a NSW Productivity Commission review into Infrastructure Contributions, he said.

Hart said on close scrutiny, some of the recommendations might lead to outcomes where many councils will be negatively affected.

He said it highlighted the broader issues councils are continually faced with.

“It is essential that councils and communities are not left worse off by the NSW Government’s infrastructure contributions reform agenda,” he said.

Hart said some of the issues with the Bill included much of the detail being devolved to subordinate regulations or legislation, with no information provided on what those regulations would provide for.

“Essentially there is no information on the implications of the draft Bill and the Government would be free to implement whatever regulations they see fit with financial and planning consequences potentially suffered by Councils,” he said.

Council will write to the Minister for Planning and Public Spaces and the Minister for Local Government requesting that the draft Bill be withdrawn until such time as current and proposed reviews have been completed.

LGNSW opposes the Bill in its current form and wants assurances it won’t result in more cost shifting from developers onto councils and ratepayers.

It is calling for more consultation with councils and other stakeholders.

Locals rally to save Council assets earmarked for sale on Peninsula