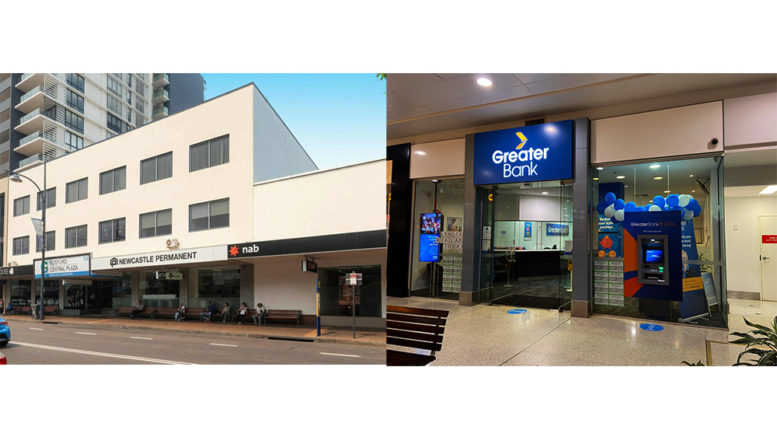 Greater Bank and Newcastle Permanent, both of which have multiple branches on the Central Coast, are looking at merging to create the nation’s largest customer-owned bank.

With a combined customer base of around 600,000, the merger would create a regional powerhouse in the Hunter/Central Coast with $19.8B in total assets.

The banks signed of a Memorandum of Understanding (MoU) on August 3 to explore a possible merge and setting out the key terms between the two parties to determine the commercial and member benefits that may be derived from bringing together two locally grown organisations.

The MoU contains a commitment to maintain both iconic brands, with no forced redundancies among a combined workforce of 1600 for at last two years.

It outlined the opportunity a merger would present to grow both brands and help more Australians with their retail banking needs.

Greater Bank and Newcastle Permanent were globally recognised this year as the top two Australian-owned financial institutions in the Forbes annual ranking of World’s Best Banks.

A merged entity would benefit from the shared capabilities of both brands and investment and technology enhancements, to continue to deliver a best-in-class customer experience, a joint media release said.

“Our collective capabilities and capacity will enable us to invest more in technology and innovation, and offer great value for our customers,” Russell said.

“We believe this is an incredible opportunity to grow our brands and help more Australians with their retail banking needs.”

Newcastle Permanent Chair, Jeff Eather, said a merge would create a large, forward-thinking financial institution that sustains the core principles of customer-owned banking and position the Hunter/Central Coast as a financial powerhouse in Australia.

“Our vision is to be a vibrant employer of choice that delivers fulfilling and rewarding careers for more than 1,600 people,” he said.

“It enables the combined organisation to carve out a presence as a beacon for the mutual sector, and be a significant competitor in retail banking,” she said.

“Newcastle Permanent and Greater Bank have attractive and complementary characteristics which we believe make this merger highly compelling, and provide significant value to customers, through improved technology and organisational capability.”

“Smaller organisations can be at a disadvantage in keeping pace with required investment in frequent and complex technology advancements; a decade ago there were circa 200 mutuals across Australia, today the number is fewer than 70,” he said.

“We are both committed to our communities and driving better value for our customers.”

The merge would see a combined network of 100 branches retained for a period of at least two years.

It is proposed Greater Bank Chair, Wayne Russell, will Chair the merged entity alongside Newcastle Permanent’s Chair, Jeff Eather, who will assume the role of Deputy Chair.

Pending approval by the members of both banks and regulators, including the Australian Prudential Regulation Authority and the Federal Treasurer, the target date for the completion of the merger is early 2022.

The greater Bank was formed in 1945 as the Greater Newcastle Co-operative Permanent Building and Investment Society Limited, with its first Coast branch opening at Gosford in 1968.

It currently has branches at Erina, Lake Haven, The Entrance, Toukley, Tuggerah and Woy Woy.

Newcastle Permanent Building Society began in 1903 when a group of hard-working people questioned why home ownership should be limited to the wealthy.

It has branches at Erina, Gosford and Lake Haven, with its Woy Woy branch closing in March this year.

1 Comment on "Greater Bank and Newcastle Permanent to merge"