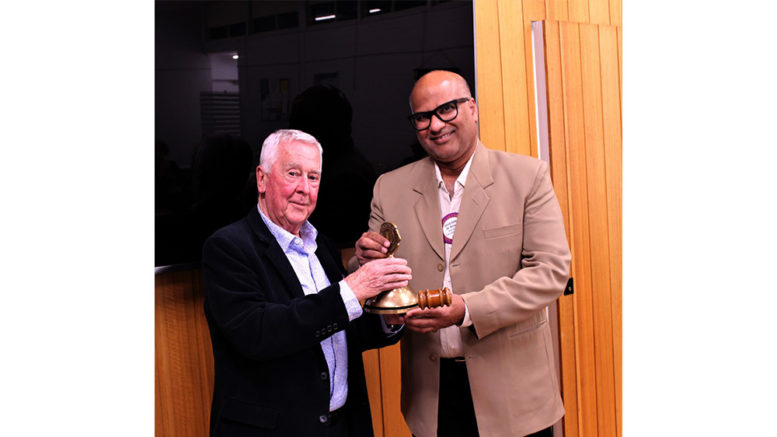 Gosford City-East Gosford Lions Club managed to squeeze in its annual handover ceremony in late June, just before the COVID-19 lockdown kicked in on the Central Coast.

Hitender Dewan was inducted as the new president.

Outgoing president, Graeme Venn, said Dewan was a long-standing member of the Club and well known around Erina business circles, being business manager at the Fountain Plaza ANZ Bank.

“In spite of a (having) full time job plus a young active family, Hitender has remained active in performing normal Lions’ volunteer chores and servicing our community projects,” Venn said.

“It has been a difficult year for our club as (for) all other not-for-profit organisations.

“All our normal fundraising events had been cancelled since March 2020 including street raffles, barbecues, mini train catering and trifectas to name a few.

“Our saving grace was our Lions Hall in East Gosford as, due to its size and facilities and being able to satisfy restrictions that were introduced, it has been hired out both casually and full time for the whole year with the exception of April 2020 when everything stopped.”

Venn said the club still managed to donate more than $10,500 in the 11 months to the end of May this year to 27 local community projects even if some were on a smaller scale than normal.

“This included a donation of $2,000 to the new Gosford Hospital Palliative Care Unit which was matched by International Lions dollar for dollar, giving them $4,000,” he said.