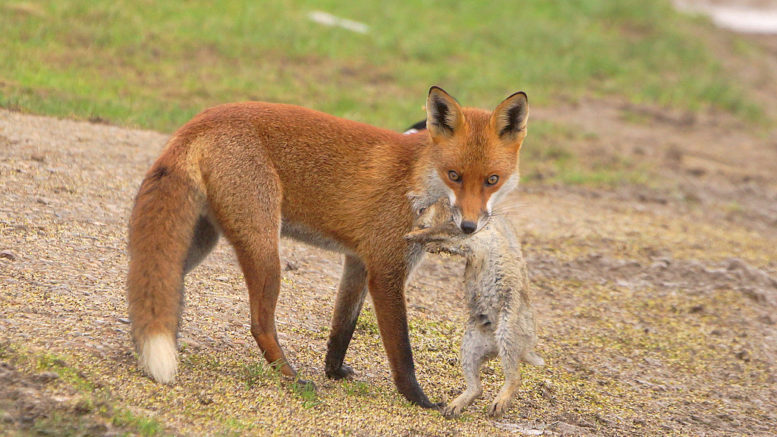 Fox numbers are increasing and reports of fox sightings in urban areas are almost a daily occurrence according to Wyong-based Local Land Services.

Biosecurity Officer, Gareth Cleal, said this was due to the prevalence of food sources in urban areas and it was everyone’s responsibility to help manage and reduce their impact.

He said they hadn’t been contacted directly about sightings of large foxes in bush reserves around Bay Village shopping centre and Apex Park at Bateau Bay.

However, one resident said foxes were coming out into the open and lurking around houses and “they’re much bigger than the skinny ones at the beach”.

“It’s not surprising there are reportedly bigger foxes behind Bateau Bay Square, given they get to choose between KFC, Carl’s Burgers and McDonalds every night for dinner,” Cleal said.

“It is not uncommon for us to receive reports from residents about foxes appearing in backyards, stealing shoes from back doorsteps, scavenging in bins and running along rooftops.

“Foxes are attracted to food scraps and domestic pets like chickens and rabbits.

“You can help by ensuring compost bins are properly closed, keeping household rubbish in a secure location, feeding domestic pets inside, ensuring food is not left outside and wherever possible, keeping pets inside overnight.

“It will also help to keep yards in check by tidying gardens, weeding to reduce fox harbour and housing backyard chickens in secure, fox-proof enclosures rather than free ranging.”

While control options in urban areas are limited, Local Land Services can provide advice on techniques such as cage trapping and camera monitoring.

“The reality is, these animals have played a central role in the demise and extinction of several native species, have caused significant financial losses to our farming community and pose a serious veterinary and public health risk.”

2 Comments on "Fox numbers on the increase"