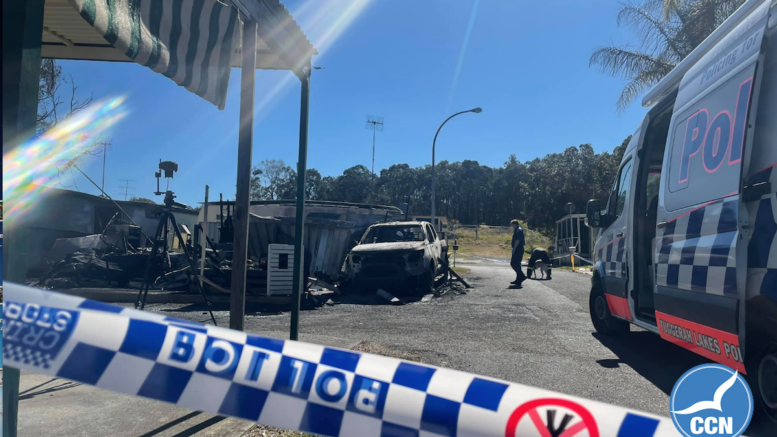 The grim scene of the Wadalba caravan fire.

A woman has died in a fire at a caravan park at Wadalba on Monday night, August 16. Emergency services were called to the caravan park in Johns Rd, Wadalba just after 8pm. See our full video news report below.

On arrival officers found a caravan alight and Fire and Rescue NSW crews extinguished the fire which caused significant damage to the van.

The body of a woman, believed to be aged in her 50s, was located inside.

A man, also aged in his 50s, was found outside suffering minor burns to his hands.

He was treated for shock and smoke inhalation before being taken to Gosford Hospital for further treatment.

A crime scene was established as officers from Tuggerah Lakes Police District commenced inquiries into the fire.