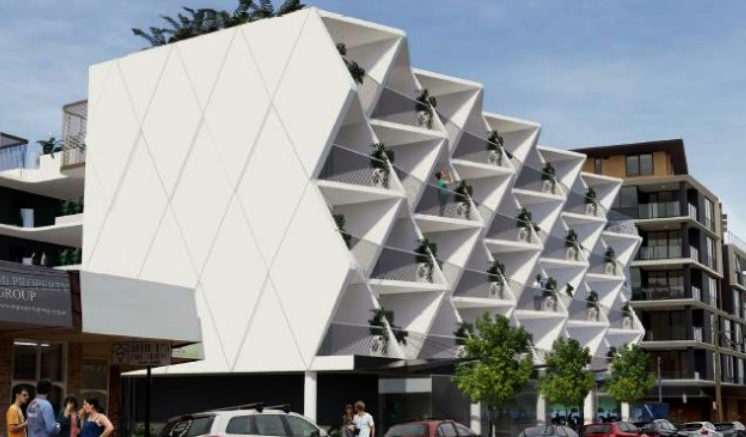 The non-complying Ettalong building referred to by Director Cox

A five-storey motel and function centre in Ettalong has been used as an example of when it is appropriate to approve a development that doesn’t comply with planning instruments by Council’s Director for Planning and Environment, Scott Cox.

Speaking to a report presented on ‘Variations to development standards’ at the August 24 Council meeting, Cox said Council received “a lot of questions from community about why council would consider approving a development application (DA) that doesn’t comply with requirements.

“The NSW planning system has built in flexibility to allow development standards to be varied,” he said.

He referred to the Gosford Local Environmental Plan (LEP) clause 4.6 which allowed that where a DA could be provided with an appropriate degree of flexibility under certain circumstances including if it achieves a better planning outcome.

The meeting was then shown examples of variations from the development standards that have occurred in the past that have been approved by Council.

One of the examples was for a five-storey motel and function centre at Ettalong which was given a 1.7m height variation.

“Variations to the height were only for a very small proportion of the development,” Cox said.

“The proposed development met all the objectives of the zone, except for the lift shaft height overrun, and it was approved by the elected council in May 2020.”

He went on to say that not all variations are supported by council staff and gave the example of a DA for six towers in Gosford with a height variation of 148 per cent and Floor Space Ratio overrun of 60 per cent, which council couldn’t support because it had no justifiable planning grounds.

The development was refused by the planning panel based on staff recommendations, Cox said.

Each quarter councils are required to report to the NSW Department of Industry, Planning and Environment (DPIE) on development applications that have been granted consent even though they did not comply with planning instruments.

Between January and June 2021, Council approved 44 development applications that did not comply with local planning instruments.

Of those, 42 were approved by Council staff and two by the Local Planning Panel.

Eight of the non-complying approvals were located within the readership area of PP.

Broady on the block

Administrator to hold a public forum ahead of Council meetings