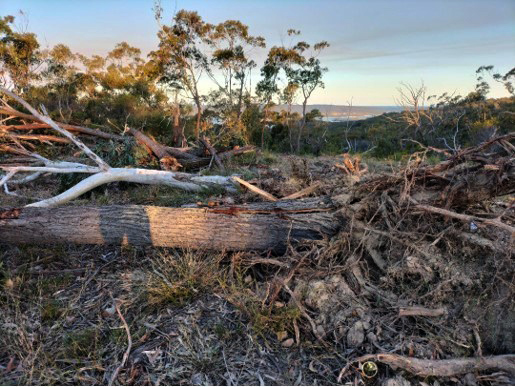 Clearing has taken place on the Kariong property

Central Coast Council has issued a stop work order to the owner of a property in Brittany Cres, Kariong, following reports from members of the public that two and a half acres of native bushland has been clear felled without council consent.

One concerned resident said the property owner had “snubbed his nose at Council and done what he wishes”.

A council spokesperson confirmed a stop-work order had been issued and the matter  has been referred to the NSW Dept of Planning, Industry, and Environment as the appropriate regulatory authority for investigation.

“The property has been identified as Deferred Matter land,” the spokesperson said.