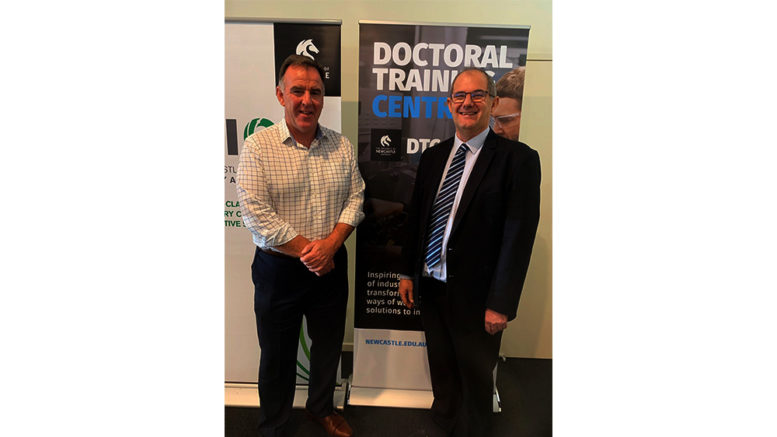 The new Board of Regional Development Australia Central Coast has its sights firmly set on helping the community rebuild from the challenges of COVID-19.

“With half of the Board being newly-elected members – six out of 12 – this offers the perfect balance of experience and fresh ideas to build on RDACC’s various achievements and strong regional reputation, while exploring new ideas and solutions to overcome regional issues,” said John Mouland, who is CEO of RDACC and Director of Regional Development.

RDACC’s new board comprises a panel of business and community leaders who will be responsible for driving economic and employment growth across the Central Coast.

Led by Chairman, Lawrie McKinna, and newly-appointed board member and Deputy Chair, David Bacon, the 12-person committee has been appointed on a three-year tenure and endorsed by the Australian Government’s Department of Infrastructure, Transport, Regional Development and Communications.

RDACC Chair and former Mayor of Gosford City, Lawrie McKinna, who took up the role as Chair in January, said the new Board will play a critical role in developing the regional economy and creating local employment opportunities when it’s needed most.

“This latest period of lockdown has hit many Central Coast businesses hard and we know that rebuilding our local economy on the other side of this will be more important than ever before,” he said.

“Our role here at RDACC is to make sure all levels of government and industry are working together to attract funding and investment to our region, so that we are achieving the best outcomes possible for the people of the Central Coast.

“Every one of the dozen people making up the new RDACC Board is aware of this responsibility and dedicated to helping our community rebuild so we can bounce back even stronger than before.”

RDACC CEO and Director of Regional Development, John Mouland, said the new Board would build on the strong achievements of RDACC to date, as well as bring fresh ideas and solutions to the table.

“RDACC has a strong track record of achieving for the people of the Central Coast,” he said.

“Despite the challenges of recent years, we’ve led the delivery of over $800M of infrastructure spending on the Coast that resulted from the landmark Central Coast Infrastructure Priority process, deployed the Central Coast Food Innovation Initiative that has delivered numerous local outcomes including the Coast’s first ever Australian Food & Agribusiness Doctoral Training Centre (DTC) at Ourimbah campus of the University of Newcastle, and led unprecedented roundtable discussions between all sides of government and regional leaders,” Mouland said.

RDACC builds effective partnerships between government, business and the community to provide strategic and targeted responses to economic, environmental and social issues affecting the Central Coast.