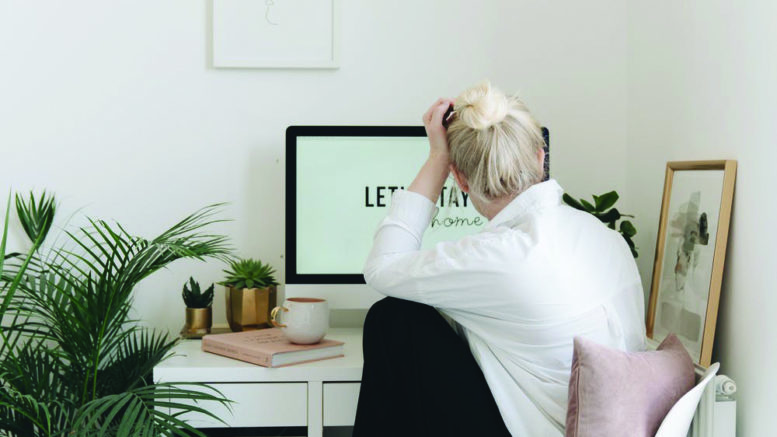 With the Central Coast plunged into another lockdown, many people are swapping the office for the living room again.

One of the biggest challenges working from home is finding a way to stay motivated, on task, and avoiding the pitfalls of the home office.

Freelance Business Operations Manager, Shelley Breen, says that being open to change is the first step to staying productive.

“Be flexible with your approach to the traditional business day, get outside frequently and have a routine.

“If you’re sharing care of the kids, it’s vital that you’re able to work out shifts so there’s a balance between work and family commitments.

“Also, if you are feeling stressed or anxious or unable to cope, talk about it,” Breen said.

Central Coast Newspapers’ Journalist, Sue Murray, said writing a list of things that needed to be achieved was a good idea.

“I’m a chronic list maker, swear by them, they keep me on the go and on track, instead of wandering off on some other tangent.

“That way you can track your goals and keep yourself organised.

“Cross things off your list when they’re done, it’s a sense of achievement, and add new things as they come in,” Murray said.

NSW Government employee, Carol Martin, who has been working from home since March 2020, said that establishing a dedicated workspace was very important.

“Definitely have a separate workspace.

“My house is divided into my office space with my massive desk and the other space is my living room where my two children can play.

“I’ve been working from home since the pandemic began and I’ve been going into the office once or twice a week, it’s nice to see some familiar faces but it’s better working from home as all the resources that I need are there,” Martin said.

According to PowerHomeBiz.com the biggest distractor for people working from home are family obligations such as doing laundry, taking care of children and cooking meals.

The best way to combat this challenge is to dedicate time and space to working and making arrangements to work around household work.

The second largest distractor is visiting the fridge or pantry too often, with the kitchen so close to the workspace, it is easy to snack a little too much.

The best way to overcome this is limiting the snacks in the house and scheduling limited snack breaks into the daily agenda.

The third largest distractor working from home is too much sleep, whether this is hitting snooze once or twice in the morning or taking a nap throughout the day.

The best way to overcome this is to follow a schedule like the one you followed when you were working in an office.

The fourth largest distractor on the list is procrastinating.

With no set schedule and flexible deadlines, working from home can feel like taking a holiday, however, this mindset can lead people into putting off work which decreases productivity and increases stress levels.

The solution, set a clear to-do list with deadlines to keep on task.

The fifth largest distractor is unnecessary phone calls, such as calling a friend and talking to them about everything under the sun for a very long time.

While communicating with people outside of work is important for our health, it is also important to set boundaries and limits to stay on track.