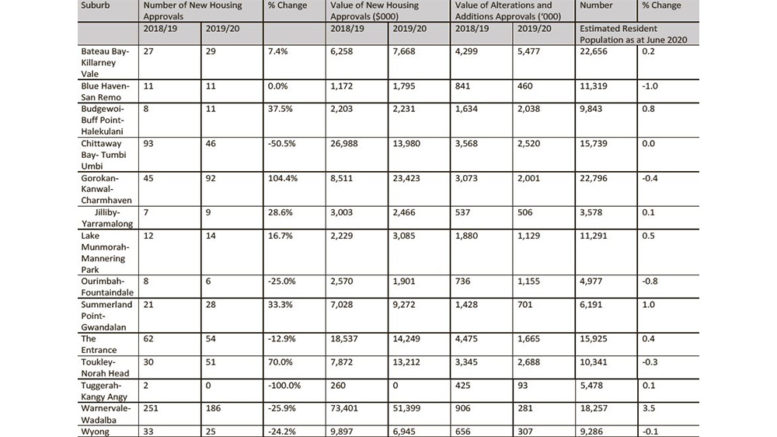 Warnervale-Wadalba has come in as the fourth strongest market for home building in the Hunter/Central Coast region, with a population growth of 3.5 percent and $51.5M in building approvals in 2019-20.

The top three were in the Hunter – Thornton-Millers Forest, Maitland and Kurri Kurri.

The Housing Industry Association (HIA) has revealed the country’s strongest markets for home building in its 2021 edition of the HIA Population & Residential Building Hotspots Report.

He said an area qualified as a hotspot in the Central Coast and Hunter Valley region if at least $50M worth of residential building work was approved during the 2019-20 financial year, and its rate of population growth was faster than the 1.3 percent national average.

In addition to discussion of the hotspots based on activity during the 2019-20 year, the report also provides analysis of building momentum and emerging hotspots in the market.

The report says that in 2020 the market was set to enter the new decade looking up, until COVID-19 hit.

Confidence in the housing market and the wider economy disappeared as the national borders were closed and local lockdowns enforced.

The outlook for home building at that time was dire, the report said.

Announcement of HomeBuilder in June 2020 was the catalyst for confidence in the market to return and COVID-19 has seen consumer preferences shift away from apartment style living towards lower density housing.

The ability to work from home has seen households move to areas that previously would have been too far away from their workplace.

A record year for detached house building is underway, with an expected 20.3 per cent increase compared to the peak of the previous boom in 2018, ensuring that the industry remains very active well into 2022, the report said.

Air show not a success for people living in the area

Our additional water can only come from waste water recycling