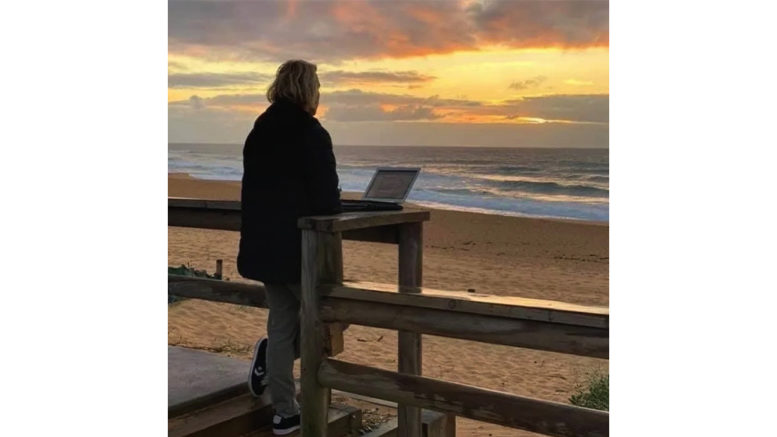 Wamberal Beach SOS spokesperson Hugh Naven, said “The proposed idea is to replenish the sand at Wamberal Beach by transporting sand excavated from the Sydney Metro West Tunnel before spitting it off barges close to shore, allowing natural coastal actions to push the sand along the beach.

“In theory this idea could provide some great benefits, however, preliminary concerns will need to be resolved,” Naven said.

“The material would need to be crushed to form ‘sand’.

“Moreover, it is ideal for grain size and type of sand to be equivalent to Wamberal Beach.

“This will allow for immediate integration and thus only Hawkesbury Sandstone should be considered.”

Naven said the rock or sand would then need to be washed to remove ‘fines’.

He said crushed sandstone has the potential to contain silica at a size that can be inhaled and cause silicosis.

“Mitigations will need to be considered during transport of dry material and contamination levels within Hawkesbury sandstone have been known to exceed human and/or ecological impact limits.

“Contamination reports would need to be made public to ensure crushed sand does not contain elevated hydrocarbons or heavy metals.

“The clays and silts would need to be washed out to prevent sediment plumes drifting off the barge.

“There is no certainty that the tides and currents will carry the sand to shore and add volume to the beach or if it will stay as an offshore deposit.”

Central Coast Council have indicated an Environmental Impact Study may be carried out.

“The EIS or equivalent will determine the required mitigations for the activity and without the details from these reports it is hard for us to comment on the positives and negatives of the idea.

“Wamberal Beach SOS has always advocated for sand nourishment and replenishment, however we would like to stress that we support sand nourishment if it is to be undertaken as a stand-alone activity.

“We do not support the concept if it is to be undertaken in conjunction with the construction of a seawall structure.

“Historically, members of the Seawall Advisory Taskforce and Central Coast Council have indicated that nourishment would only be used in conjunction with a seawall.

“Until Central Coast Council and the taskforce can commit to sand nourishment as a stand-alone response, ensuring that a seawall will not be used in conjunction with sand replenishment, Wamberal Beach SOS and its community of over 3,000 residents will be very hesitant and watchful prior to fully endorsing this concept.”